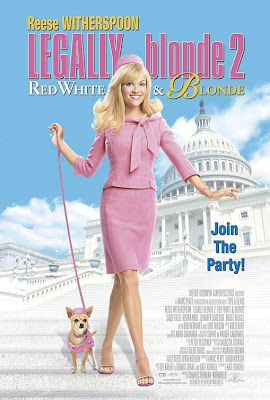 A plane is on its way to Detroit when a blonde woman in economy class gets up and moves into an open seat in the first class section.

The flight attendant watches her do this, and politely informs the woman that she must sit in economy class because that's the type of ticket she paid for.

After repeated attempts and no success at convincing the woman to move, the flight attendant goes into the cockpit and informs the pilot and co-piolet that there's a blonde bimbo sitting in first class who refuses to go back to her proper seat. The co-pilot goes back to the woman and explains why she needs to move, but once again the woman replies by saying, "I'm blonde, I'm beatiful, I'm going to Detroit and I'm staying right here."

The co-pilot returns to the cockpit and suggests that perhaps they should have the arrival gate call the police and have the woman arrested when they land. The pilot says, "You say she's blonde? I'll handle this. I'm married to a blonde. I speak blonde." He goes back to the woman and whispers quietly in her ear, and she says, "Oh, I'm sorry," then quickly moves back to her seat in economy class.

The flight attendant and co-pilot are amazed and ask him what he said to get her to move back to economy without causing any fuss.

First class would have been going to Bloomfield Hills or Grosse Pointe, right? ;-)

Fireblossom: Ya probably. lol
That was a good movie though. Reece played her role so well and I loved her little dog.

That's a good one!

Thanks for the chuckle!

Thanks for the chuckle. I'm married to a blonde and need to learn to speak blonde that well.

OMG too funny. This is excellent...I so have to learn how to speak blonde :)

Fortunately she did it ! imagine that she missed to get out in Detroit ! What a catastrophe. I understand very well, I am blond too ! lol

I read this a long time ago, but it was worth the Repeat. I had a good chuckle again.

Real good one and I love it.