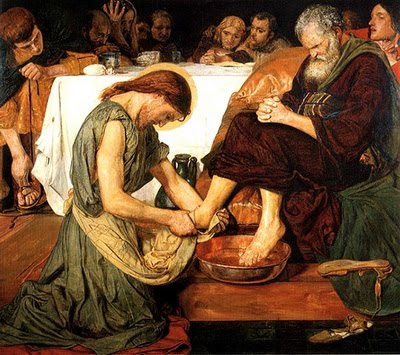 I read Dantes Inferno, a poem, Divine Comedy, written in the early 1300s, by Dante Alighieri
It was written with the idea of separating the church and state.
Allegorically, the Divine Comedy represents the
journey of the soul towards God, with the Inferno describing the recognition and rejection of sin.
Dante , guided by Virgil, went through and battled
9 circles of sin.
1) Limbo 2) lust 3) gluttony 4) Avarice 5) Wrath 6) Heresy
7) Violence 8) Fraud 9) Betrayal.

Limbo was a funny one because it contained people who were neither good nor bad.
They included the unbaptized and virtuous pagans. Socrates, Pontius Pilate,
Horace, Homer, Julius Caesar, Pope Celestine 5th
It is purgatory where most people will fall into, with a good chance to repent and be allowed into heaven.
Seems no one will escape going to hell according to this poem, because man is guilty of most all these sins.
The very act of being man makes him guilty at one point or another.

I guess Sin came into existence when mankind began to have a conscience
and a social network for survival.
Up until then, men were probably predators like lions who did what they needed to do to survive
and nothing they did was considered bad. There was no one to judge them.
You cannot judge a lion for killing, knowing this is in his nature and what he was born for and meant to do.
Being around other people required a social responsibility of maintaining order, which required laws and
differences between right and wrong.

Today people live more in shades of gray making differences in right and wrong less prevalent and therefore people seeming less guilty.
However, history has shown us that corrupting differentiation between right and wrong opens doors to lawlessness which in turn
makes all acts lawful by virtue of association.
Giving man a carte blanche, to behave freely, will make it difficult to stop crime, since now it will not be viewed as crime because people will
have no guilt doing them and every case presented before a judge will be dismissed as a result.

For example, the black and white of the crime of killing is, Either you kill or you don’t.
Turning black and white with respect to killing into areas of gray, means you have the right to kill.

If you follow this argument with abortion, it means you have rights to abort.

As the gray area deflects more and more from the original black and white elements of law, people will be less and less protected,
And therefore less and less inclined to believe and work inside the system of law because it becomes just a bunch of meaningless words.

Eugene Delacroix
"What makes men of genius, or rather, what they make, is not new ideas, it is that idea - possessing them - that what has been said has still not been said enough."

In a city park stood two statues, one female and the other male. These two statues faced each other for many years. Early one morning, an angel appeared before the statues and said, &quotSince the two of you have been exemplary statues and have brought enjoyment to many people, I am giving you your greatest wish. I hereby give you the gift of life. You have 30 minutes to do whatever you desire."
And so the statues came to life. They smiled at each other, ran toward some nearby woods and dove behind some bushes. The angel smiled to himself as he listened to the two giggling, bushes rustling, andtwigs snapping. After 15 minutes, the two statues emerged from the bushes, satisfied and smiling.
Puzzled, the angel looked at his watch and said to the statues, &quotYou still have 15 minutes. Would you like to continue?" The male statue looked at the female and asked, &quotDo you want to do it again?" Smiling, the female statue said, &quotSure, but this time YOU hold the pigeon and I'LL shit on its head."
Posted by A Lady's Life at 12:01 PM

Wow! Great post! You taught me alot of things I never knew. Thanks so much for your sweet visit! Blessings to you! :)

Reading Dantes Inferno was very interesting. Lisa but then I always enjoy what I read lol

I enjoyed your thoughts on Dante's Divine Comedy. I agree with you about the consequences of living with shades of gray.
Oh, yes, I also got a chuckle from your joke.

I remember to have read Dante too, but long ago ! Of course there has been a lot invented from men using the bible ! When I look at the picture I only see the difference between the pope washing feet (this year) and this picture !

Curious about Halicarnassus? Blogtrotter Two has it... ;) Enjoy and have a great weekend!!

Gattina:You are right."If I then, your Lord and Teacher, have washed your feet, you also ought to wash one another’s feet. 15 For I have given you an example, that you should do as I have done to you. 16 Most assuredly, I say to you, a servant is not greater than his master; nor is he who is sent greater than he who sent him. 17 If you know these things, blessed are you if you do them.
The Pope is not greater than the people he leads.

trotter:Here one must leave behind all hesitation;
here every cowardice must meet its death.
Nice!!!:)

Gattina:I guess the Pope will go to Purgatory with Pope Celestine V
Also Sanza speme vivemo in disio
Without hope we live in desire.
Maybe this explains why some people do what they do and why some people do nothing.This is fun:)