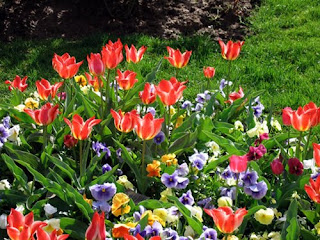 Hinduism goes back to before 6000 years ago into pre historic times.

It can be traced back to the Vedic Aryan civilization.

It divides society into 4 groups:

The Hindu belief in the Atman or the inner soul comes from the root word “an” meaning to breathe.

It is different from the body or the mind. The soul or spirit or self can be found beyond all other states (body,mind dreams sleep)

To find the self should be what everyone spends a lifetime looking for because everything else leads to pain, suffering, birth and rebirth

To realize the self means going beyond this world into the Brahman world and never to return.

This is where the individual soul and the universal soul unite and are two sides to a same reality.

The Atman or inner soul uses creativity to enter a body. It develops a false sense of identity called a sense of self or a sense of individuality, we know as the ego.

Lost in an illusion of this ego or self, A Hindu spends his life trying to over come it to reach his Atman, through self control, discipline of the mind,

Withdrawal of the senses and desires, and in his love of God.

The idols in Hinduism represent the inner self.

This is why they give themselves personal names of gods and goddesses to show the god in man.

It is believed man is god in the making because his body contains the eternal soul which aims at developing into a supreme self.

The breath or Atman, in a body is the same life breath that sustains the universe.

The body is a temple with 9 gates in which the divine soul resides.

The body and mind is dependent and perishable and therefore unreal.

It needs control and discipline and to be kept in good health free of internal and external impurities.

When a person discards his body to be reborn, in between this time the soul may go to heaven or hell and eventually back to earth where the soul can enter all beings including plants animals and minerals.

The soul exists in all and all in it, which makes the whole universe sacred because of the universal self.

Elements continue to evolve with their souls till they reach and unite with the Supreme Soul.

The boss says, "You know something, Hung Chow, I really need you today. When I feel like this, I go to my wife and tell her I want sex. That makes everything better and I go to work. You try that."

THE SCIENTIST AND GOD

A scientist approaches God, and says to Him, "Look, God, we don't need you anymore. Nowadays, we can do all sorts of things that used to be considered miraculous. We can transplant organs, giving new life to a dying man, we can cure almost any disease, and we can even clone animals. It won't be long, and we'll be able to clone humans, too. So, I'm sorry, but you are just outdated".

God listens patiently to the scientist and says, "I can see that you believe you don't need me, and I understand. However, I love you, and I don't want to see you make a big mistake, so why don't we make sure? I say we should have a man-making contest, just to be sure."

So, God says, "Ok, let's do it the way I did it in the old days, with Adam and Eve". The scientists says, "No problem", and reaches down to scoop up a handful of dirt.

A daughter complained to her father about life and how hard things are for her. She said she wanted to give up as she was tired of struggling. For just as one problem was solved, another arose.

Her father, a chef, took her to the kitchen, filled three pots with water and placed the fire on high.

Soon the three pots came to a boil. In one he placed carrots, in the other he placed eggs and in the last he placed ground coffee beans. He let them sit and boil, without saying a word. The daughter wondered what he was trying to do.

In half an hour he turned down the fire and took out the contents of the pots and put them in bowls. Turning to her he said, “My dear child, what do you see?” Smartly she replied, “Carrots, eggs and coffee.”

He brought her closer and asked her to feel the carrots. She did and noted that they were soft. He then asked her to take an egg and break it. After shelling it, she observed it was hard-boiled now. Finally, he asked her to take a sip of the fragrant coffee. She winced as it was very strong.

Humbly, she asked, “What does it mean father?” He explained, “Each of them faced the same adversity, 100oC of boiling water. However, each reacted differently. The carrot was strong, hard and unrelenting. But, after going through boiling water, it softened and became weak. The egg was fragile. A thin outer shell protected a liquid centre. But after sitting in the boiling water, the inside became hardened. However, the coffee beans are unique. After they were in the boiling water, they became stronger and richer. Which one of these are you?” he asked.

Are you the carrot that seems hard but with the smallest amount of pain, adversity or heat, you wilt and become soft with no strength? Are you the egg, which starts off with a malleable heart? But after a death, breakup, divorce or layoff become hardened and stiff? Your shell looks the same but you are bitter and tough inside. Or are you like the coffee bean? The bean does not get its true flavour until it reaches 100oC. When the water gets hotter, it just tastes better. When things are at their worst, you get better.

So how do you handle adversity? Are you a carrot, an egg or a coffee bean?
Posted by A Lady's Life at 8:26 PM

Of course, here in the north of Sri Lanka, I am exposed to Hinduism. I have attended ceremonies in their temples.

The father/daughter story gives a lot to think about.

Yes I have Also been in Singapore.
Peter.The ceremonies are interesting.The individual and the self are important in these religions as they are in Christianity.
Even in nature we have discrepancies
I guess the joke asks does life make you richer as a result of all the experience you've attained or have you become hard or given up?
:)

Hi Lady! Always learning... and always laughing with this blog... ;))

Blogtrotter Two is having a MED break. Enjoy and have a great weekend!!

Thanks for the information about Hinduism -- you told me a great deal that I did not know.
Thanks, too, for the chuckles.

George: I also did not know and it is enlightening to learn about such things.
I also came to the conclusion that everything revolves and people somehow end up in the soil and minerals and it was shocking to see it written in the Hindu religion.
I guess I am Hinduist and never even knew it lol

Happy Sunday!
Awards for you.