Days of Grace and Thanksgiving 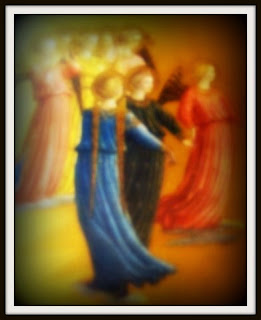 All this is for your benefit, so that the grace that is reaching more and more people may cause thanksgiving to overflow to the glory of God. Therefore we do not lose heart. Though outwardly we are wasting away, yet inwardly we are being renewed day by day.
--------------------------------------
How great would the world be if the news on TV was not about fear and violence but about giving thanks for a great day. People make all the difference.
Two men were beheaded and the parents said they forgave the sinners because they did not want to carry a life full of  hate. So they put on brave faces but at home tears will shed knowing the horror of it all.
How do you live with this sort of thing going on?
How do criminals think religion gives them the right to do what they do?

It just shows how important education is, knowing violence is done due to archaic beliefs and hate begot from ignorance. And such HATE as would make a man feel proud to torture and kill innocent people in the name of God.

People, living in another world, with other traditions have no guilt because this is how it is with them . They have no other solutions or answers to their problems and losing power over their followers because of education, is something they cannot cope or compete with.

In our society we feel we have come a long way but people here are beheaded financially as opposed to actual beheading. How do you control people? You control through finance and those in power make good use of changing the rules of finance all the time to suit themselves.

The world of finance affects everything in life near and dear to us all.
These people, who kill spirits and souls have no guilt either.
They can sleep at night and not worry that they hurt a family with children, over money and products that did not belong to them.
They sit at the table giving thanks to the Lord, to be able to overpower and control the innocent, who spend all their time at work, to produce something of value so they can buy a home and raise a family.
This middle class is sought after because they have no time to investigate what Finance is doing. They are easy to affect.

Today people are fighting back by dealing in cash and staying away from these legal thieves and the more they do this, the more the guilty will squirm, lose and hate.

They will lose control and fall victim to the same evil they promote to the working middle class.--

If there is one thing both the archaic world and the modern world of Finance cannot tolerate , it is truth.
Throughout time, truth discloses that there is no such thing as credit, for it gives birth to hate and mistrust.
You have a dollar, you spend a dollar.
You give a gift, it is a gift and to be forgotten.
You get a gift, you either remember to be beholden to the giver as times get better, or pass it on to other people in the same need you yourself experienced.

This results in a world of Thanksgiving and this is the world of God and religion man is supposed to understand.
God is not a tyrant as we are led to believe and blame him for.

When we say there is no such thing as morals ethics and values, it is because we are led to process this information on a different plane than the plane God set us on in the beginning.It is to legitimize the guilty to continue doing the bad things they do.

There is nothing wrong in having money. There is a lot of things wrong when people are forced to gamble their lives' savings being told they are buying something, that was never for sale.
There is a lot wrong in obtaining money by false pretenses or illegal/legal force especially when it comes to things like housing or shelter. So many homeless and so many empty houses rotting away, which should not be, and they can't be shared?????

Our government does not protect us from these companies and businesses who see absolutely nothing wrong with what they do.
As a result, they initiate and thrive on the down trodden and the poverty they create through deceit and lies.
Legal or illegal, killing is killing and theft is theft .

So, the next Thanksgiving we have, we should give thanks for the things we do right and good, resulting in traditional family and good food on the table earned through a good days honest labor.

If nothing else, it would make the unrighteous feel undeserving of this holiday every other man woman and child could celebrate every day, as grace is reached by more and more people.

xoxoxoxoxo
Posted by A Lady's Life at 8:36 AM