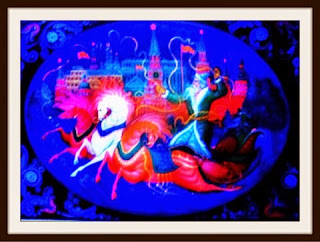 
Matthew 6:20
But lay up for yourselves treasures in heaven, where neither moth nor rust doth corrupt, and where thieves do not break through nor steal:


This is another nice verse I like because in the end, there is only you and God.
All the collections and worldly treasures do not have to be bought or stolen  or fought over because they are all a part of Gods' house and belong to him, as do we.

Sometimes I don't understand how people think.
How does one go about life stealing, lying, hurting people financially, and still think one is living in Gods' favor because one puts food on the table?
How does one think he/she is a believer in God, when after wearing a cross and crossing oneself every day and tattooing religious images, one goes out drinking, partying,and doing drugs?
How does one believe in God and and live in sin with one or many because it feels good and because someone said it's normal?

Where is the truth?

Where is the lie?

We live in a world whereby we say God will forgive all us sinners.
Well yes, he already did because we keep living, reproducing, advancing. It is God's hope, as it is ours, that the day will come when we will catch up and reach an understanding.For mankind, to understand, is very important.Nothing good can happen, until each person understands.

It's like we say of an alcoholic, he must reach rock bottom, in order to be saved, rebuilt, because once he reaches rock bottom, he will understand and not do it anymore.
If he is lucky, he can be saved.In many cases it's too late.
Today we speak of liberalism, sex, and freedom in obsessive compulsive ways. We are told these things to be our so called human rights .
And yet... we are also told obsessive/ compulsive people are sick people.
We say fanaticism is a sickness because it consists of obsessive compulsive people. We fight with these issues every day and many are killed over it.
Thus we say do not judge another over the splinter in their eye, when you cannot see the log in yours.

Is our aim in society to raise sickness, depression and disease in the name of human rights and even God ...or to fight it? Should people look to relief found in drugs and alcohol or should they look
to truth for inspiration?
Truth is feared because no one wants to acknowledge their imperfections but why, when no one is perfect?

Our Prime Minister recently let out an anti marijuana ad because marijuana is easily laced with other drugs and let's face it, our kids get into it..
Right away the polls went up saying over 2,000 people are angry at the Prime Minister and only 200 agreed.
How do people think this will all end?Will it end with strong spirits, minds and bodies?
Where is the truth?

When push comes to shove, we all know the truth and the polls lie.
As it stands right now, all we see is 2000 plus people in Canada, sitting in dark places with moths, rust, corruption and thieves.
God, as usual, has not forsaken us.
He is always waiting for us to do the right thing and when we do, it cannot displease the devil more
and we see him kick and scream and take tantrums like a spoiled child and God expects a lot more
from us. Unlike the angels that were escorted out of heaven, man has a way to come back through
the Son, who sacrificed his own life and body, and gain us time to amend our errors.

xoxoxoxoxxoxo
Posted by A Lady's Life at 10:45 AM

As my grandma said : If you shout into the wood, the wood shouts back !

Yes Gattina. Your Gramma was right.