The First Circle in Life. 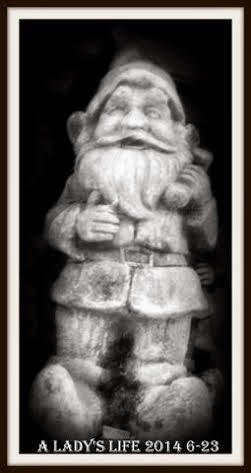 Gnomes are considered to be protectors of homes
so people put them around their yards as little men
who could not be underestimated.

The First Circle was a book given to me by my uncle.
It was an eye opener as I had never thought of such things
going on in the world before. I could not even imagine it.
The book of course was written by Alexander Solzhenitsyn.

It foretells a story of life in a gulag under Stalins' rule.
It was a prison for academics, technicians, engineers,
physicists etc.. learned men and women who were given privileges
to do work in their field.
The rules of course were very strict and breaking any one of them
would lead to automatic  dispersal to Siberia where life
was very inhospitable.

I think it is still a good read.
xoxoxox

I haven't read it, not sure I'd enjoy it to be honest. Love the pic of the gnome. x

I think its a good read Akelamalu
Helps us to remember what NOT to do here but on the other hand by being too lenient we get runaway politics.