Balling it with the Mayor of Caster bridge 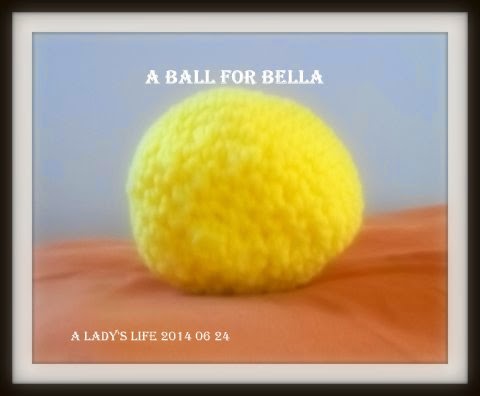 These balls are so much fun to make and great for your animals
since they are not toxic. Add a happy face to it and it will
cheer you up as well.

The Mayor of Casterbridge is  a tragic story written by Thomas Hardy in 1886.
It is about a man who drank a lot and sold his wife and child for 5 guineas ( 1.5 lbs x 5 or 7.5 lbs).
When he sobered up he realized what he had done but could not find them .
He vowed never to drink again.

Time passed and soon he became the Mayor of Casterbridge
doing very well for himself.
The story continues as he falls in love with a girl but could not
marry her as he had a secret that his wife might still be alive.
As it happens she was and  she returned with his daughter, when the sailor
who bought her died.
Well the saga continues how two women wanted him and how
he lost everything when the truth about him came out and died.

When you compare with todays' world where no one cares who is married to who,
not much sleep is lost over it.
Having a fling with a married person or even living with one doesn't affect ones' job
or social status. You can even make a buck in social media on it.
Today people are not ashamed of breaking up families with children,
as they were in the past.
There is no suffering or guilt about doing so.
One just moves on.