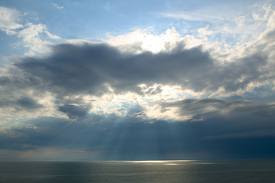 Good Question.
Every one I asked said FREEDOM.

Maybe this is why God threw man out of paradise.

Man values his freedom more than anything else in the world.
I guess he figures if God gave him the gift of life, only God decides
When to take it back.

And If God wanted us not to have freedom,
he would be here to rule instead of governments.
And if he wanted subservience, he would have created us to
Have no ability to ask questions or be inventive.

But people would die for God, because of the good kind and just things he stands for and
They would die for their friends, spouses, children and family members.

They would die to save the world and mankind, no matter how ugly man is or can become.
In the end, like God, we all decide man should not become extinct and we try to preserve the species.

So maybe a harder question to answer would be
Freedom ………….or Life ?

Here the answers differ. Some would rather be enslaved and live
than die free.

Others want to die free rather than be enslaved.

To be enslaved means to be subservient to man instead of to God.

The world is waiting for God to make his move but so far he hasn’t.
He has not shown his face.

Or maybe it doesn’t matter, because in God’s world, the time to live, he gives man,
is less than an atoms’ of time worth.

God isn’t worried about man’s freedom or death or enslavement, because there is something else out there,
we have no understanding of.
He let us out to play in the grass and the sand and the beaches
while he lives the real life,
While he carries the real burdens,
While he understands all there is out there to understand.

God is not threatened by man because man's brain is too small to understand who and what God is or does.
And if we do not understand then how can we speak for him?

So it makes all the arguing and fighting we do here on this planet futile and meaningless.
On this planet there are no winners or losers.
God doesn't care. He gave us free will so we can arrive at our own conclusions through trial and error because he saw this is what man wanted.
And so he waits and watches patiently.

Words, created out of our own imaginations, are meaningless in God's timeless world.
To understand........ means there is nothing left to discuss.

We just got home from soccer to find all around our high school/elementary school, the surrounding fields and forest is blocked off by a police yellow tape.
Apparently a girl from another nearby highschool, got batted in the head three times and died. The people who did it ran away.
This is happening W A Y too close to home. Our other famous case was the Verdi case where bullies (girls) beat up and threw a girl over a small bridge into a pond where she was then drowned.Horrible story. What possesses people to do this???

Oh I'm sorry Its not the Verdi trial but the Rena Virk trial.

I think all people in the world would rather vote for freedom, think of all the chinese people who don't believe in god, they are Buddhists.

Perhaps some day we will learn the great lesson: that love and kindness are good, easy, satisfying, sweet.

Yes Sandy. We try to teach our children.
One does not have to believe in God to hear the stories. I think these stories are very good for children to grow up on.
I remember them being read to me and I would later read about the Greek God myths. It was all fascinating to me. lol