The Eyes of Liberty and Justice. 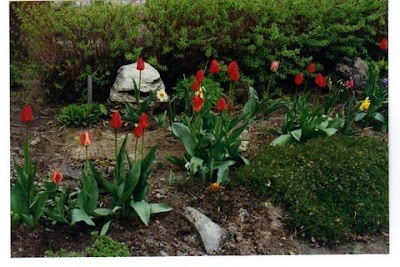 Today Everyone must do the Friday Dance.!!

Went to soccer practice last night. It was wet and soggy.

April showers bring May flowers as they say so we needn't complain.

Had to keep the car warm and hot chocolate ready for a very wet young man who clambered in and began immediately, changing his clothes to dry ones.

Can't get sick before the big game on Saturday.


Where does the catcher sit for dinner?
Behind the plate.

Where do books sleep?
Under their covers.

What do leaves name their kids?
Russell.

Why was the kid staring at the radio in the auto?
She wanted to see car tunes!

Why was the book in traction in the hospital?
His spine was broken.

What did the hamburger name her daughter?
Patty.

Why are books good detectives?
Because they are always undercover.

Today in history is interesting.

1936 US Bruno Hauptmann was electricuted for kidnapping the Lindbergh Baby

Now Obama is apologising for America over seas and I have to ask why he is doing that?
He is President only because of America.
He is an example of what America is and can be.
What kind of change is he proposing now?

America is not perfect. It never claimed to be but it is the most generous country in the whole world.
It stands for freedom and democracy.

These two words are not perfect either but neither are the people born to this planet.

America was the last refuge to go to, against tyranny,
Milleniums worth of Tyranny, from the Ottoman Empire.

France's own Voltaire admitted this.

So America understands that
every man, woman and child deserves to be free and not controlled by any person, place or thing.
Free will to do what's right, has to come from understanding and the heart, as opposed to mind control.

If you take a horse and beat it into submission, that horse will obey but first chance it gets it will either kill you or bolt.
But a horse raised with love and kindness will never leave you, no matter what.
It will stand over you or drag you to safety and take care of you.
This is the difference between America and some other countries who value horses. lol

America has and is continuing to do good in this world.

It kept Europe from falling into the hands of Hitler and right now many are trying to save the hungry and the poor in Africa.
People like Oprah have grown in America to become powerful, strong women.
People who have something worthwhile to say and to do.

So what is Obama apologising for?

George Bush was stuck. Unprepaired. Who in his right mind would attack America?

What is good about America is that a President has at most, an 8 year term.
It gives other people a chance to do something else, promote new ideas, if the people will it.

In my opinion,
America has nothing to apologise for.
It is a great country, the last refuge from tyranny and oppression (meaning its still a young country by comparison) and it is full of people who care.
Nothing has changed there and nothing needs to change there.

A lot of worse things can happen to nations, than George Bush, if America loses.
That would be a tragedy.
Obama needs to stand tall, be proud and see the world through American Eyes.

The eyes of Liberty and Justice.
That is and should be his message.
This is good change for the whole world.
It is always a good dream to hope for.
Thanks.
Posted by A Lady's Life at 7:46 AM

The US Poney Express was something that led to many others. There was Wells Fargo, Western Union and others. They have become, under different names or in addition, very useful institutions today.

Western Union is something fantastic for money transfers. When my son lived in Montreal to make his training as a professional pilot, we had "emergency" situations where he could not wait for a bank transfer. I have family in Ghana who have no access to a bank account. And when I was in Kosovo, sometimes short of cash, Western Union took me out of a tight spot.

I enjoyed visiting your blog. Thanks for sharing your thoughts with us! Have a great weekend!

Thanks Peter and Lisa.We had a great day on the soccer field and now are pooped. My son did very well today and we are very proud of him.


Peter.
Amazing your son is a pilot in Dubai??

I have to ask my friend. Her son is stationed in Dubai as well.
Maybe they know each other.
I'll get back to you on that one.