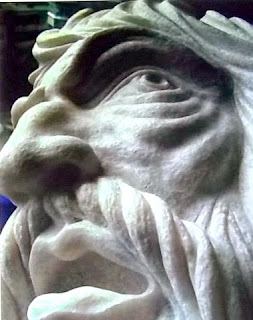 Eleanor. Good to see you.

See the store is doing good.

Can't complain. You came in to do some shopping?

Ya , always need supplies. Did you find those guys I called you about?

You know , we sent a helicopter but we found no ski doos or people.
Or cow for that matter. You said you gave them a cow?

Ya . They wanted a horse but I couldn't give them Beau and I was
scared there for a while they might insist.
I got home late chasing those cows and ended up sleeping in the barn.
I was so tired and there was a cougar stalking us and then Yawny came and
chased it.

Oh it's this wolf that shared our campfire the night before.
He got scared of the skidoos wouldn't you know.
He was gorgeous, with this huge golden mane.
We lucked out the animals and I. Anyway, these men slept in my cabin and
made themselves at home. The whole thing is bizarre.

They left with the cow though thank fully and I called you to tell you.

Hmmm. Guess this is a police matter.
You said two people were missing on the skidoo?

That's what they said. We were about 12 miles out when I did
hear skidoos in the dark and a bunch of guys hootin and hollerin.
I was thinking that it wasn't a good thing to do this time of year
with so much risk of avalanche. You think there was one?

We did not have any reports but hey, it's the Rockies.

I laughed. Ya. That says it all doesn't it.
Well looks like I'm out a cow.
They should have reached some kin in Bear Mountain by now if nothing else.

Ah, hate to tell you girl but no one lives up there.

Well this is getting weirder and weirder every minute.
I don't know what to think.

Well I guess the first thing to do is report a missing cow and
the names of these two fellas you met.

After a few hours at the police station the journey home was swift.
Dad's old Harley putted away telling every one not to mess with it .
The side car was filled to the brim with supplies.

As I got closer I saw the chimney of my cabin being used again.
This is beginning to become a habit with people coming up here I thought.

As I neared the front door, it opened and a smiling face appeared.

I got off the bike and gently took off the helmet.

Why yes. You are the man who stole my cow.

Oh hardly. I hope you didn't think that.
In any event she is in the barn with the other 5 cows as good as new.

Well I didn't know what to think.
The cow was missing since spring and a search didn't find anyone in
the area you said you were going.

I headed for the barn and sure enough there was Chou Chou, fat and healthy.
I walked out and unceremoniously shut the barn door.

So how did you come this time?

My friends apparently were not lost and sent one out to find us he laughed.
By then we were almost 1/2 way up Bear Mountain where we set up our camp.
Well they rustled us in and strapped Chou Chou underneath and we flew home.

We had the wedding the next day. Luke went on his honeymoon and I had to rush to my scientific expedition to Alaska, which I couldn't miss.
My parents watched Chou Chou and became very fond of her.
Now I am back and decided I had better return her to you.
As they say better late than never.
I can't thank you enough for all your help.

We walked slow to the cabin and inside, just like last time there
was coffee and a casserole on the table.

I took the liberty to make something since you were not home.
I fed the horse, cows and chickens and I see you have a few bunnies as well.

Yes, they are new additions, gifts.

Well then, I guess you are all set.
We sat and ate slowly.

Guess it's time for me to go.
Once again thank you for your hospitality.

James shook my hand.His fingers were long and gentle .
His face looked cool, tanned as he looked out from behind his
curly locks of wind swept black hair
Must be he spent a lot of time outside.

May I ask what a girl like you is doing all by herself in the wilderness?

Well I guess I am here for what most people go out into the wilderness for.
Peace....nature religion. I like it here.

James smiled.
I can see that you are a lovely person and that it is very pretty out here.
So unless you want me to spend the night, I better hurry before it gets very dark.
I'd like to come back and continue this conversation later if you don't mind.
I smiled back.
Thanks again. and off he went.

I stood there like a straight board, stupified at what just happened.
Imagine bringing a cow in by helicopter and a big helicopter at that and he was flying it.
Within seconds it was gone.
I unpacked the groceries blubbering to myself at what an idiot I was disclosing so much about myself.and went to my secret room.

I got my cow back Bob. She flew in by copter. They took her out by copter too.

Ya they had a camp up on Bear Mountain and everything is ok.

Tell you all about it next time I see you.

Ok Glad to hear you got your cow back. Don't be a stranger, be safe and keep in touch.
Rooster out.
I locked up and headed straight for bed.
Needless to say, my dreams were full of the handsome James French and his must be full of
Loony Eleanor.
xoxoxoxxo
Posted by A Lady's Life at 11:58 AM