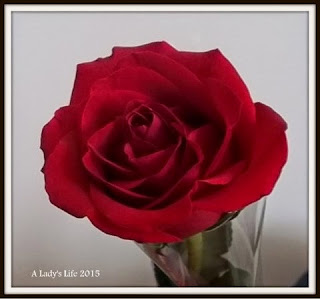 A week went by and things got back to routine.
I thought about James quite a few times but then tried to cast it aside.
What was the point?
I loved my life here.  I would be no different than the story of
|Gorillas in the Mist, except I had my own children, as well as the
children of the forest.
You got a blessing of freedom too, where no one cared what you did.
No laws to shovel snow off your sidewalk.
No laws as to how you had to walk or where.
No red lights. No traffic tickets. No nosy neighbors to bother or to
bother you. No utility bills to pay.No politics to contend with.
Listening to news every day was hell enough to live in.

You got by and the animals got by living off the land  and what a beautiful
country it was.
Your mind slept in true peace without being polluted by noise and electricity.
If you needed noise, well there was always something you could listen to or watch
using solar, wind and water power.

I managed to have a collection of tapes and discs from city life I kept for such occasions
but who needed them?
I had my art work, knitting, books, sitting by a crackling fire and a sky full of the
brightest stars and moon..
Sometimes I'd sit outside by a small camp fire and a shooting star would fall somewhere in the distance.
The forest creaked as the wind swooshed through it in winter and in the summer
leaves rustled in the trees and squirrels chirped brightening up the landscape..
You'd hear wood peckers and the river and the morning cock crow.
It was enough to wrench the soul out of your body watching and experiencing all this
love, united by the splendor of all things.
Why would anyone want to leave all this?

After a month James was far from my mind.
Then I heard civilization in the flapping of helicopter wings
in a nearby field and there he was again.

Hello there gorgeous!
Was in the neighborhood and thought you could use some company.

I laughed. Sure . Anytime.
We shook hands and walked toward the cabin.

I got you some supplies. Goodies if you want to call them.

Ah you didn't have to do all that.

Sure I did. I cook here, so I need stuff to cook  he laughed.
Besides , how much can a little Harley carry?
If anything, I saved you a trip.
I got another bag with potatoes, onions and garlic.

Gosh you don't cook that much.
I mean how many times have you been here, like 2?
So are you a professional Chef too? I chuckled.

Sure would love a cup.

Ahh..... he sighed.
I never knew I would look forward to coming to this place as much as I do.
It kinda grows on you doesn't it?

Yup. Once you get the bug, it never goes away.
but you must see nicer places up in Alaska.

Sure . It's nice up there too but C O L D!! Brrrrr. and the flies kinda feast on you.
Then there are the bears and wolves...
Don't you have any here?

Well I've come across a wolf who really became my friend and a cougar....
which by the way
I have not seen since but so far no bears thank God!

James ran out to the barn to see the cows and I ran after him.
We were like kids having fun with the animals.
Beaus' eyes targeted the carrots and he crowded next to all the cows to get some from
James who just delighted in feeding them treats.

" Hey guys... Miss me? " he cooed at them in between licks and crunches.

So what do you do up there in Alaska? I asked.

Well, mostly scientific stuff. I don't know if you heard about the Denali fault line up there.
There is a place called the Wickersham Wall, which rose 15,000 feet from its base, from all the earth quakes they have been having lately.

Ya it i s actually but it spared most of the Alaskan cities thank fully.
This happened in 2002 and waves came up all the way to Seattle from a 7.9 earthquake
and even reached Texas and Louisiana.
It cut through glaciers, divided forests , cut streams, roads...

They have volcanoes in Iceland and Green land as well which have to be kept an eye out for.\

Wow! and here I was thinking I was safe up here.

James was patting Beau.
Well, you know, where are you safe these days anyway?

I was thinking about our little talk before I left and it rang true in so many ways.
We are all at Gods' mercy  and no where do we know it more, than out here in Gods' country.

We  both stood in holy silence partaking in it all , like Mary and Joseph,in a lowly stable ,
surrounded by animals.
We are all visitors here and when your time is up, it is up.