Law and Nothing but Law. 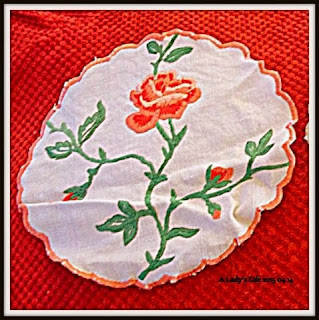 The next morning I was called into the barn, by Burt.

I came running just to see my Harley sitting there like a disheveled wench.
The seats were cut up and the gas tank ripped out.
The tires sliced.
It hurt.

Then... Jesse was on the ground stomach split open.
I ran to see if Beau was touched but thank fully he was grazing outside but
Sheba......

When the RCMP finally showed up .
We had lots of pictures to show them as well as all the evidence on the animals and the Harley.

What the hell is all this? I queried.

Mame how long did you know this James fellow?

I didn't know him really. He dropped by a few times The first time with his friend Luke.
I wasn't home so they made themselves at home in the cabin.
When I got home they left to go up Bear with Sheba my cow, carrying supplies.
Then James came back a few months later with Sheba in a big copter and then a month later
he came in his small copter with groceries...
and then he was dead.
We saw his parents at the hospital but they didn't know why James was up here.
Now we see his copter flying around once in a while.

Did you find his copter?

He doesn't own one Mame. In fact we know of no one by that name up in Denali
checking up on Earthquakes.
Do you know where he was found beaten up?

Yes, up by the small water fall on Bear about 3 hours walking distance.
The camp was a mess the first time we went there when we found him but now everything is cleaned up.


You went up there again?

Yes. We saw the small copter. So we went to check.

We'll get someone in to take the animals for autopsy and do you want the
cycle taken to be fixed?

Oh that would really help.

She was a good one that Jesse.

I put my hand gently on his shoulder .

Do you know anything about why these people are doing all this?

Well, it's clear they are looking for something. We'll have to keep a closer watch on this area.

That would be a comfort but if they came at night to do this, how would it help?
They clearly have vicious intent.


Might be a good idea to get to a safer place with more people.

What? Be run out of my home?
How does that help finding who killed James? They are winning.
We don't know anything.

Ah yes, about that. What did this Luke fella look like?

Well he was about 6'1" blonde, blue eyes, .. kinda looked like James, very fit and tanned.

We don't seem to know of anyone fitting that description as a friend of James.

That's ridiculous! He must have been at the wedding.

James had a brother who got married.


Is this what he told you?

Yes! Why would he lie?

Well I don't know. This is your story Mame.

My story?  My Story?...Are you accusing me of killing James?

My blood pressure was rising quickly.

What possible reason would I have to do this? You need motive!
I had none!
Do you think I am insane?

No Mame. It's all a part of the investigation.

Well... look. I came here to mind my own business not to kill people..
I paint and entertain with my horse and we do fine without all this trouble.

Yes Mame. Well ... we'll get back to you if there is anything more.

Burt and I went back into the cabin and let the law do its' job.