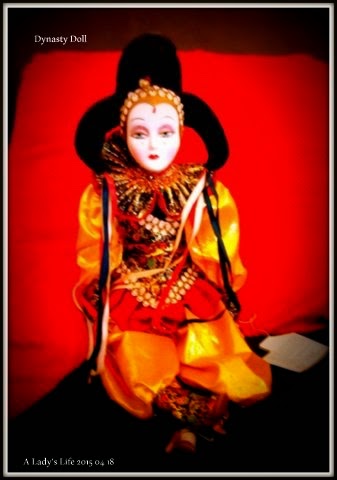 Can you imagine.?
I had my own guardian watching over me.
It was all I could do to stop myself from crying.

This was like a dynasty story inside a feudal system,
where one Lord fought another, for power and control and we the people,
with our horses and cows, got stuck in the middle.

I felt betrayed by the people I trusted the most and my body began
shaking of its own accord. It was catching up to me fast.

Ell, I tried to get you to go home but you are one of the most stubbornest chicks I've ever me.

So what was all this about?

Drugs. You name it, they were into it. It was a big organization.

They killed Luke thinking it was James, so we switched the bodies. You could not
recognize the face, it being so bruised and mutilated.
We told every one it was James who died, to get them off track.

So who was Luke?

He was the other agent working with James.

Well I was Burt, the old hick in the woods. he laughed.

So your name is not Burt?

No . Sorry. I'm Michael Burner. Glad to meet you finally.

Burt began to make a fire in the stove and to put on the coffee, like nothing happened.
He snuck in some brandy into the coffee to calm me down.

So did you finally catch them?

Yes, we were ready this time.
Listen. Don't worry about the mess,
You will be more than compensated for all this trouble.
We have been after these guys a long time.

So what were the helicopters all about?

It was a meeting place they had up there on Bear to exchange the drugs for cash.
Luke and James had to play two roles and one of them was to be part of the group.
Then they found you here and this was added responsibility to keep you safe.
You don't want to mix up with men who are high on drugs.
Especially not those men.

Things were beginning to clear up in my head.

So two animals died for nothing? What did they want with me?

They knew James and Luke were here since they came with a cow.
James had a key to a bank vault. It was small so he hid it in his watch.
They were looking for it a long time. They thought maybe the animals swallowed it.
James gave the watch to Luke and when they beat Luke up he must have lost the watch in the
water.
Then we found Luke and took him to the hospital.
It made head lines so naturally you had to be hit again but this time,
we were waiting for them.

Then they wanted to get James for betraying them and he rushed over here to get you out
before you were hurt and lead them away, where we could get the last of them.
Luckily, it all turned out well.

Where is James now?

He'll be along. He is just finishing up.
He sure is glad this case is over.

I hmmfed to this. I bet.

The cabin was full of policemen.
They helped to pick stuff up and put them back into place. They dusted for finger prints
They took the broken radio.
It was like being invaded all over again with people sifting through
all your private things not that there was much but my paintings were damaged.
Luckily the one of Burt was ok and now that I remembered I told Burt to wait and went out into the barn.
The horses were back inside with the babies as was Mama Jersey.

I dusted off the painting and returned to the cabin.

Here. I painted this for you. I'll have to change the name.

Burt took the painting and looked at it a long time.

You are a treasure. You did this so well.
No. No I don't want you to change a thing. Burt is fine.

I saw him kinda tear up as he wiped his nose.
He passed the painting to the guys to see.

I'm going to miss living with you. This was the best job I ever had.

I shrugged. It was all disappointing.
Well we can still be friends. Or was this an act too?

Oh no dear girl. That was no act. To be sure we can still be friends.
I'd like that a lot.Besides I'll be retiring and will have plenty of time on my hands.
Maybe you can come out and visit me too.

Burt was not in a rush and he sat  on the couch just as if he belonged there.
We looked and smiled at each other through sad, knowledgeable eyes.
xoxoxoxo