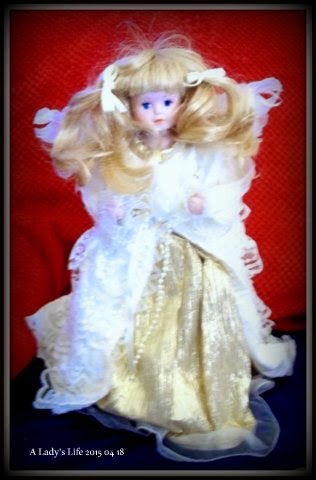 Burt was very good to spend evenings with.
We had music, thanks to his harmonica and guitar .
We would sing songs and I'd even put in a dance or two.

Savannah finally gave birth to a beautiful foal we named Smoochy,
who learned quickly from Beau how to smile.
She seemed to have his bratty spirit.

Jersey gave birth too, to a young whipper snapper,
who loved kicking his heals up.
We called him Chicklett.

Watching the two babies frolic, as their Mommies watched,
was beautiful to behold.

Burt went into the hills to hunt a few days at a time and
Beau and I did our shows and prepared for winter .
We had some great times in the cabin until Burt got a letter .
His son fell on the ice and broke his leg, so he decided to go and
help out where he could.

I packed his bag with some of our preserves, since you can't buy stuff
like this in stores.
Suddenly it became very lonely and quiet.
Chores were doubled up by now.
Loneliness forced a  move to paint, into the barn, so as to have company.

Thinking it would be nice to make a gift of it , Burts' portrait was the first thing I did.

Before long canvasses lay with mountains and rivers and cabins
and cows and horses. Some had bunnies under cabbages and chickens
under hooves,and of course cocks make the best paintings
since they are so colorful.
At least my Cornelius was, with long red
plumes along side golden and black feathers and a white neck which fluffed up.
He was a wonderful artist too when he crowed every morning.
He took such delight in it.

It was on one of these painting evenings that the barn door opened and a
man stumbled in..... James !!!
All I could keep repeating was James .....in disbelieve.

No! No, I'm not. Listen Eleanor. Do you still have my rifle?

In the tool cabinet.

James rushed over to the tool cabinet and grabbed it along with the bag of ammo.
He came and grabbed me by the shoulders.

Ok, now listen. Did you by any chance find my watch?

As a matter of fact I did up in Bear, in the creek, by the waterfall.

Great! Where is it?

In the bag with the ammo. I wanted to give it back to your family when next I saw them.
But then you are not James are you?

Yes. I am. I'll explain later.

Then who was it that died?

Luke. Listen Eleanor. You have to get out of here.

Nothing doing. I'm fine here. You get out.

Listen.
With a sense of urgency, he grabbed my coat and shoved it on me.
Sweat covered his brow.

Just for a little while till they begin to follow my trail.

The people I've been investigating. I'll explain later. Go! Go ! Go!
He began shoving me out the back door.

Oh no! Not without my family!
Last time you cost me a donkey and a cow.

I grabbed blankets, Beau, Savannah and Jersey, knowing the babies would follow, and opened the barn door to the coral.
I pulled my gems out into the forest to hide behind the cedars hoping their feet would camouflage my boot prints.
I knew the other cows would go outside into the coral so it would look natural just in case they decided to put the barn on fire.

Shivering , from a distance, I saw ski doos approach and men running around, ransacking everything in their way. Not liking what I saw, I pulled Beau ,Savannah and Jersey further into the woods.
Huge fluffy snow flakes began to tumble from the sky.  It was a blessing in that it would cover the tracks and made sure that the night would not be so cold.

Safety first, pushed me forward to a clump of old cedars  behind some rock cliffs . They offered refuge by cutting off the wind and some soft , pine needle, bedding .
Luckily the horses had winter blankets over them but Jersey and her calf were cold.
. I got the youngsters to lie down beside me and together we kept warm the rest of the night ,
under the blankets I had.

When the sun came up, I pulled my troupe back towards home. It seemed like every one had gone but one couldn't be sure. So after tying the horses, I tiptoed over to the barn .
The other cows were safe but everything was turned upside down.
Quickly trying to salvage what I could of my paintings while swearing under my breath,
I then sneaked towards the cabin. From what I could see from the windows, no one was there.
The kitchen area was a mess. bedding every where, and this time, they managed to find my radio room and smashed the only thing I had, to contact me to the outside world.

Good thing, I was smart enough not to leave my Harley this time, in the barn. It was hidden
safely under tarp and plastic covered by brush.
It made me mad. It takes a lot to get me mad and ...........I knew......... I was mad.
I got soo mad I thought if I saw any one of these people again, I'd kill them for sure.
In my head I began to make plans to booby trap my home if anything like this happened again.
Of course this is sick thinking. Just imagine tripping your own booby trap. Ugh!

Ok, I knew I wouldn't, but don't push me. Damn that James. Why did he come here?
I sat down feeling hopelessness creep all over me.

Picking up the pieces of radio I wondered if I could fix it enough to work.
I had to try. Over an hour later it was just about done when I heard motors outside.
Hunching myself  as small as could be, I held my breath inside a cabinet hoping they were not going to go into another trashing spree.
Men were  talking outside.

What a mess. Do you think they killed her?

Then I heard Burts' voice. Eleanor! Ell! and other voices calling out to me. Squirming out of the cabinet, I hesitantly showed myself.

Burt ran up to me and grabbed my arm to give me a hug.

Oh boy, am I glad you are safe!

I looked at him and asked: Are you a part of all this?

I was supposed to protect you.

xoxoxoxox
Posted by A Lady's Life at 9:07 AM