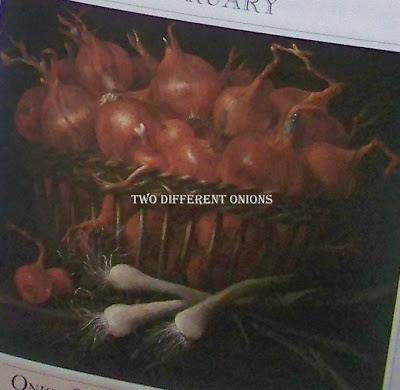 As we walk through life, we are surrounded by people.
We believe all these people to be like ourselves.
and yet.........
upon closer examination, we see that we may be the same on the outside,
but on the inside, we really do not know or understand each other.

We can blame culture, religion, language and experience, education,genetics.
etc.... there are a lot of places where blame can be laid, as to why this is.
But life is about learning.
Every day is meant to learn something new, so you grow as a person.

I remember my first boy.
I sat with him every day doing homework to make sure he learned and I thought he was brilliant. He knew his American history better than most kids his age did.
He read well, he could write well, he could spell,he used to love making cartoons with his own stories in them. I thought he was a great kid but at school he did not show his teachers, what I saw at home. No one could figure it out.

Well after he graduated elementary school I asked him why he always writes about dogs. All 7 years, all he did at school was write about dogs where as at home, he wrote about many things in his play journals.
He told me he wrote about dogs because he did not want to lie.We had dogs and what he wrote about them was the truth. In other words he felt safe writing about dogs. lol
(I always taught him not to lie.)
So for 7 years he thought writing stories at school, which could be make believe, would be telling his teacher a lie and he did not want her to find out and think he was a liar.lol

Another thing. He read very well, so one day I asked him do you understand what you are reading?
He answered........you told me to read. I didn't know I had to understand what I was reading too lol
(shock ...shock...shock) Finally I understood the problem.The school pushed speed reading, so the children grew up not liking books or reading.
So again I had to explain to him well son, don't listen to the teachers. Books are meant to be read slow and enjoyed and understood because the author who wrote the book, did it slowly as well because he had a story to tell.He wants his book enjoyed read and reread.

Now I wonder, how many school councillors would have been able to find out these truths from a child, but they write many things in their little files. He told them he had problems remembering which sent them into a tizzy which was nothing closer to the truth. I had to laugh when they told me my son had problems remembering. I told them you do not demand the best out of kids so you don't get it. If a kid writes sloppy you tell them it's ok. My teachers never did and we all had neat notebooks we could read. We took pride in our work as opposed to today when kids take things for granted and use machines instead of developing their own personal skills.

My second son, born much later, was lucky because he had a school with old teachers who developed a love of books in children. So he enjoyed his books.We sat and read hundreds of them and he was engrossed in them because they opened a world for him.

So I felt my first son was robbed by a system who used kids to be experimented on.
Speed reading doesn't promote anything good.

Now these experiences related to children but then we come to adults.

I was talking to one Dad once.
He was a huge muscular good lookin dude.
We were discussing kids and he told me a story about when he was growing up.

He said My Dad told us kids not to smoke.
So we never smoked in front of him.
This was respect.

My reply to him was no, this was not respect.
His eyebrows lifted.

I told him respect, is when your Dad tells you not to smoke, you don't smoke.

What you did, was disrespect your Dad, by lying to him and doing things behind his back.

As I said this to him I saw something like a veil lift from his eyes and for the first time in his life, it's like he understood something.
I don't think he ever had anyone say anything like this to him before.

We talked about many things that day and I saw he enjoyed all of it.
He shook my hand and thanked me and said I was a very nice person.

Through out life, I met many strangers who I had quality converstations with and they would always say, you know, you are special. Not many would sit down like this with a stranger and talk this way.

I always found this strange because I saw myself as a normal person doing normal things. I did find out however that there are a lot of lonely, lost people out there but to look at them, you would never know.

I found out that people have goodness in them but it takes a special person to walk into their lives to bring it out through a learning experience.

When a person understands something, a light can definitely be seen behind their eyes and you know,understand, that you got through to this person. He will never be the same again as a result.

So I put a picture above of two different onions.
We are all like these onions and so is life.

Life and people may be the same but also very different.
It takes time, patience, understanding and love to be able to sit down and be open enough to hear, listen and learn.

As I grew older and the stresses in my own life became harder to bear, taking care of family and my own parkinson/alzheimer Mom, I didn't have the time I needed to pay attention to people and things I did before, which made me that special person.

My job was about serving my family the best way I knew how and it left little time for me, reflection,and relationships.lol
I barely had sleep time and life can run you ragged.
I was lucky to have a supportive family who suffered along side me.
They also stuck by me and hopefully learned some good things.
But life always changes. It's always the same but it's always different because its all about learning and growing.

Life often gives you pitfalls to fall into, especially these days lol but I always say, don't complain, because
people had it rougher.

We do the best we can, with what we have presented to us in and by life.

As soon as I had learned reading a read and read and read that was my favorite occupation besides doing mischiefs and monkeyshines, I was the terrorist for the teachers. I still adore reading. My son at 10 didn't like to read, it was an awful task to convince him to read a book for school ! Now 20 years later he devores books and he loves reading ! It took him time to learn to like reading.

Gattina - you see, something happened he got a thirst for books and this is all good.
But you my dear, are still naughty lol
Good for you :)

All your words are absolutely justified. There is a sense of melancholy in them.

Olga so true. I look at the world and I do feel sad.
I do feel sad because the young people do not enjoy the true gifts of life and youth I had as a kid growing up. My parents were strict the world was different in that the people were the products of war and survivors. They loved their life and freedom. They worked hard both at home and at work and never complained like we see today.
It was a better world. It smelled better, the colors were more alive and life was fun.I never had anything compared to my kids today but I was a happier child than I see my kids today, with everything.
Those days are long gone .
The old people are gone and we just can't cut it to be like them because the system doesn't let you.
Today people are about financial punishment instead of financial success. Today its about destruction as opposed to construction.Today everyone wants to lead without a clue as to the direction to take.
The more we try to improve, the more people are out there to take advantage of all the good will.
I don't know where it is all headed.

Hi A Lady's Life .. this is an excellent post - and really needs to be read by so many .. and reproduced by so many.

Puts a few perspectives on life that so many don't see - thanks for highlighting these ..

We're all tied up in our own worlds and don't think about what might be happening to others and we don't question/analyse even in the simplest of ways what else might be going on.

Thanks so much - Hilary

Being safe writing about dogs sticks with and resonates with me. Kids get what it is to be exposed. Not easy, but the not-easy way around it is to find a good way to speak the truth.

Well Sandy Kids are kids lol
And growing and learning is what life is all about.That never stops till we die.

This is so true...where do you come with this stuff from

JDS- you are too hard on yourself. If you were that bad your wife would not be that jealous lol