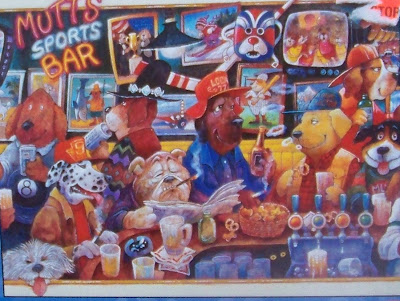 By the looks of these mugs, I guess people are still in the holiday mood.
Here in BC the weather is hot.
My son went to trek up Grouse Mountain with his soccer team.
His Dad and I are trying to clean up the yard.
Since I am useless with my wrist still in a cast it's mostly my husband working.
I am fearful of redamaging a wrist that hangs by threads.
Already Sunday night while deep asleep, I moved my arm and thumb right into my husbands' knee, vertically.It woke me up in pain since the cast is heavy so the blow was generous to my wrist below the thumb .Now I am worried again.
I was doing so well.
I don't want metal in my body so if the doctor says anything I'll be prepared to tell him to inject glue which helps bone rebuilding and dilutes into lactic acid eventually.
But I hope it won't come to that.
I takes so long to heal a bone and especially chips of bone, so I really don't recommend breaking any lol
-----------------
The papers said Keinan Hebert, the 3 year old abducted from his home in Sparwood , BC, was brought back to his home again, safe and sound.
So many people are relieved especially the parents.
I can't imagine the mental anguish they suffered during this time.
The community really pitched in to help find the little guy but by the time they put out the amber alert, the abductor could have taken him to tim buck two.
Our system is very slow but everyone is thankful the abductor realized his mistake and did the right thing.
Have a great day and don't forget to chill while the weather is still good.
:)
-----------------------
A man comes into the ER and yells . . .

'My wife's going to have her baby in the cab. '
I grabbed my stuff, rushed out to the cab, lifted the lady's dress and began to take off her underwear.
Suddenly I noticed that there were several cabs - - - and I was in the wrong one.

You have to be patient. It takes a long time to heal a wrist. It's very annoying to be "handicapped" I know !

I hope your injury will heal so you do not need to have surgery. I had a dislocated disc in my neck this summer and I thought I would never heal. It took some months but all is well now.;))
Loved that joke.;)
xxo

Take it easy on that wrist!

gattina - so I am told lol