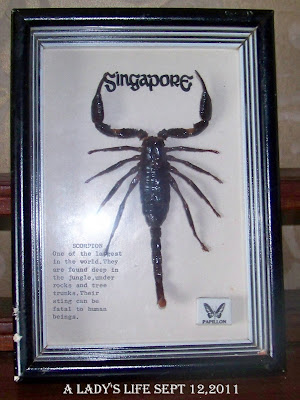 Susan Lucci
Frons, is cancelling"All My Children" and "One Life to Live" in April, saying the soap operas were a victim of declining interest. He said trying to prop up shows in severe decline was like "trying to catch a falling knife."

Susan Lucci disagrees and like her character in All My Children, she will not take no for an answer.
The Soaps are like a drug.
Once you get into them, they become your family and you worry as they worry on the set, what will happen tomorrow ?

It was hard for me to stop watching them but I did.
I began seeing things which did not make sense.
I put myself into a situation and knew I would have a different more adult solution to my problem but these actors, were told to make immature decisions while making millions to live the life they live.
And
They never grow old lol
So I asked myself, how do people who know how to make millions in their story lines, make such stupid life mistakes?
If they were that stupid how are they not swindled of their grandeur? lol
Then the plots became stupider and stupider and yet ..........
here we are , all glued to the set.
I remember the heartbreak I had when Another World was canceled.This was my favorite soap.

wiki
“We do not live in this world alone, but in a thousand other worlds,” which Irna said represented the difference between “the world of events we live in, and the world of feelings and dreams that we strive for.”
Another World focused less on the conventional drama of domestic life as seen in other soap operas, and more on exotic melodrama between families of different classes and philosophies.

I was devastated for Mac and Rachel Cory when Mac died.

The importance of the Cory family on the show was shaken when Douglass Watson,(mac) unexpectedly died while on vacation in Arizona in spring 1989 from a heart attack. At the time of Watson's death, Another World was about to celebrate its 25th anniversary.

After the show was taken over by other actors and Rachel was bereft of her true love Mac Cory, the show lost its' power because no other strong love like theirs replaced it.

Some people belong together and when one dies, the other soon does as well.

Fickleness of spirit is promoted not just between people in love but in business and politics and religion.
I mean look at George Cloony.Everyone makes a big deal about him but watching him, all I can see is a man afraid to grow up and behave his age instead of his shoe size.

The dangerous consequence results in the raising of an uncaring, cold society, bereft of conscience and spirit.
We see this in horrible acts of cruelty which we never saw or heard of before, as a daily event.
Convicts would not support a pedophile in jail.
Today, jails are filled with them.
The new generation finds it harder to survive today.
Schools are tougher.
Teachers are told not to be true to themselves but follow the program they emotionally can't.
Oh well.
I guess there is room to replace Passions now with all these new problems surfacing.
Maybe they can save society by bringing back tears and hope into todays' daily lives, we read about in the papers.
Or make it
40 per cent cheaper to make the cooking and weight-loss series that are replacing the two soap operas.
Have a great day!!!

you make alot of sense, I have nevr got the soap bug,, I wished I had simetimes because i think its great to have a passion for something on TV, I think you're right though, they'll just replace it with reality tv.Soaps were a far cry from reality but they were entertaining, reality tv is just to real.I love Survivor and Dancing with the stars but those are the only ones I watch,,thnakyou for visiting today,

laurie - I loved another world because this girl Rachel was a bad girl and it took her poor Mom and this wonderful older publisher, to take her under his wing cause he saw good in her.
So the whole soap was about her life and development into a grand lady this man Mac turned her into.
After when kids came in and Mac died she was lost in the story line and so it just became another soap.
A clique of people cheating/killing/robbing each other etc...lol

I remember my sister flying home from high school to watch One Life to Live. The drama in our house was intense those years. Bye, bye, soaps, and no regrets. They never modeled the good life.

Sandy - I agree
Now I see my son watching Entourage and Jersey shore and they are equally as empty
Actually most shows have nothing to teach anyone.
At least nothing good.and this leaves you with animal channels, Nova, planet, and stuff like that as well as the old movies which are not so depressing.

I used to watch soaps but not anymore. They start nice and then they become boring and make no sense anymore like "the desperate housewives" that's the last one I watched for a while !