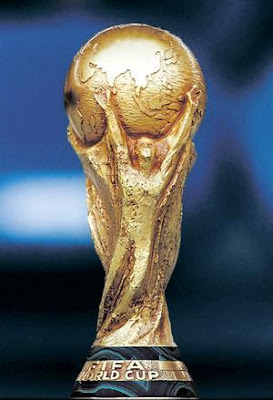 CONGRATULATIONS !!!!!
A HISTORICAL WORLD VICTORY FOR SPAIN!!!!!!!
FINALLY!! FINALLY!!
We have a winner for the South Africa Fifa World Cup 2010!!
AN A. INIESTA GOAL
AT SOCCER CITY,
JOHANNESBURG, SOUTH AFRICA

Such a nerve wracking game it was between The Netherlands and Spain.
Such a tense game.
So many yellow cards.
So many chances to score.
So many fouls lol.
The referee was generous, considering many offenses were warranted red cards on both sides.

So many good soccer memories were made in South Africa in 2010 with
Nelson Mandela sitting in the audience for the final game.

We even saw US Morgan Freeman in the crowd.

Since one of my son's soccer trainers came from the Netherlands, we decided to cheer for them but it was clear from the start that the game would not be an easy one and for Spain it would be the first win ever.
The game went into torturous 2 x 15 min overtime for the fans all over the world, with the Netherlands down a man in the second 15 min overtime. For Netherlands it's a third time
world cup loss.

Hi Lady! It was a great achievement for my neighbours... Congrats to «Nuestros Hermanos»!!
Must confess that the game was a bit boring; more than I would expect, at least... ;).
One foul deserved a red instead of a yellow (but only one; some didn'teven deserved a yelow... ;) and Nelson Mandela went home and didn't see the game in the stadium...;). Anyhow, it was a great Cup. See you in Brazil 2014!

Now, as I’m in the office, Blogtrotter Two is on the beach... Enjoy and have a great week!

yep, congrats spain! they deserved it. the dutch were just too nervous in the final match...

so, did you watch the match?

Juliana - yes towards the end of the game we knew Netherlands was going to lose because their game went to defensive and this was a big mistake.
They tried to hold off the Spaniards rather than attack them but then the players also looked very tired and Spain was still running hard.
They were the better team and they deserved to win.
:)