What Came First The Chicken or The Egg? 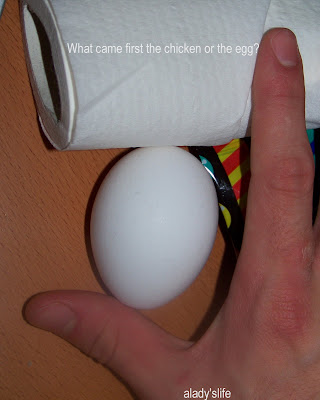 Here is some miscellaneous info.

One level teaspoon consists of 80 drops.

A 1 gallon pickling jar can take about 5000 jelly beans.

Some like to melt the candy down to see exactly how many can be put in.

The same with quarters. If you melt them there would be no air space between the items.

Chocolate dates back 3,500 years, to the Olmec civilization in .

The name Harlem came from a Dutch city of in the .

Prostitution dates back 2,500 years back to who worshipped the Goddess Venus

And temples were up kept by women charging men for servicing them.

Prostitution is mentioned in Ezekiel and Isaiah.

Homosexuality is talked about in the Bible since Noah’s time in Genesis:

"And Noah awoke from his wine, and knew what his younger son had done unto him."
What did Ham do? Did he just look at his naked father or was there something more to it than that?

Some commentators have suggested that Ham committed homosexual rape on his drunken father,

and that this was why Ham's descendants were eternally punished with slavery. 9:24

What came first, the chicken or the egg.?

Evolutionary believers believe: Since DNA can be modified only before birth, a mutation must have taken place at conception or within an egg such that an animal similar to a chicken, but not a chicken, laid the first chicken egg. In this light, both the egg and the chicken evolved simultaneously from birds that were not chickens and did not lay chicken eggs but gradually became more and more like chickens over time.

Creationists believe: The Judeo-Christian story of creation describes God creating birds, and commanding them to multiply, but makes no direct mention of eggs.

Hindus: creation of birds (and other life forms) by God through superhuman beings is stated in Puranas and Dharmasastras. If one broadens one's definition of "an egg" to include non-chicken egg, the Hindu mythology also mentions a "cosmic egg" from which the universe as known to humans originated. In this sense this supreme egg comes before all creatures, including chickens and chicken eggs.

Buddhism = There is the belief of the wheel of time which regards time as cyclical and with repeating ages, as some other cultures such as mesoamerican (Aztecs, Mayan) and some native American Indians believe. Their idea of time gives a different answer to the question of "who is first" when combined with the concept of Eternal Return which is well known in the Western culture through the writings of Nietzsche. The assumption is that time is eternally repetitive and therefore, there is no "first" in eternity, there is no creation.

The answer then becomes: None is first. There is no "first" in a cyclical view of time.

Thanks for your miscellaneous information. Your list included many things I didn't know. However, as I get up in years, your joke hits too close to home.

Some useful information there! LOL

Some useful information there! LOL

'evolutionary believers' are called scientists and their theories are based on evidence (not always correct, 'tis true) and have nothing to do with beliefs - as opposed to creationists who have never presented any firm evidence whatsoever to support their beliefs.

Juliana - creationists and scientists are getting closer as they find more evidence proving the Bible correct.Have faith .:)

I have a terrible backlog commenting. I was lazy for close to two weeks.

Your old ladies joke is great.

It's Ok Peter Thanks for hopping over lol:)