Live to Eat or Eat to Live? 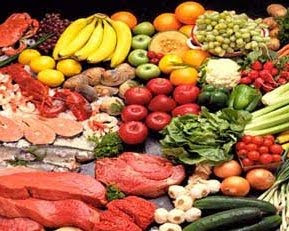 EAT TO LIVE OR LIVE TO EAT

I mean how can you resist that burger until it is

Actually served you and then looks nothing like the picture. Loll

But you still see the picture in your head and don’t miss that it doesn’t taste the way expected either.

People become addicted to food and our rising grocery bills show it.

I go shopping and buy 300 dollars worth and my son says he has nothing to eat.

I show him a fridge full but he says ya but it all needs to be cooked There is nothing to eat.

I never remember having this problem with my Mother.

I remember telling her I don’t want to eat but she’d force me to.

I was happy with apples.

I was reading the paper once as a teen, and I remember reading about an over abundant crop of potatoes in .

if they went into the field to steal the potatoes, they’d be put in jail.

Those potatoes could have been donated but the farmers said they work hard and expect to be paid for their efforts.

No one should get something for nothing. I mean, no hungry person came to help them farm the potatoes and next

No one is going to help them save their farm either.

Besides who was going to pay for the shipping costs and the distribution costs? And how would the potatoes survive the journey and not rot before they got to their destination.

And then people would expect these potatoes to keep coming because they need to eat every day.

Its cruel to keep them alive and make more babies when the end looked very bleak for them.

Of course the answer was simple. If the farmers do a good deed the good deed needed to be carried forward by trucks, ships, personnel, refrigeration etc…

The idea is good and truly charitable but the end result turns out no one wants to do something for nothing and very little gets to where it's needed to go.

Skimming off the top was the problem and the top was getting lower down to the bottom each time and then outright stolen within reach of the hungry.

This was also the time when we had people screaming about a world over population explosion. (1967)

The Muslims said we will feed you but you must become Muslim first. Bad Muslims get tortured, stoned.

A hungry world is an angry world

“Nov 2009 it was stated that 923 million people in the world faced hunger forcing the UN to hold conferences to try to resolve in November, .

With over 923 million hungry people in the world, the food and agricultural crisis currently underway in many parts of the world will only become bigger and ever more encompassing. This is the warning from the Food and Agriculture Organisation (FAO) that has urgently called on the international community to help curb the world's next big crisis: food scarcity.

Drastic food and gas price increases, coupled with agricultural shortfalls due to climate disasters, and the more recent global financial crisis, are factors that have triggered an unprecedented food emergency in 36 countries in Africa, Asia and . These new challenges threaten sustainable food security worldwide.

The urgency to tackle such issues and put an end to hunger in the world spurred member countries of the United Nation's Food and Agriculture Organization to hold a special conference from November 18 to 22 in .

In an inaugural speech on the first day of the conference, FAO Director-General Jacques Diouf stated that the food crisis in 2007 that was caused by higher commodity prices further deteriorated the world food situation, creating 75 million more hungry people across the globe. In light of unprecedented global population growth, Diouf said the world needed to double food production by 2050 in order to feed an estimated population of nine billion people, compared to today's 6.6 billion.Recent surges in food, fertilizer and gas prices have put added pressure on agricultural output, making it difficult for the world's farmers to increase, or even maintain, current food supply levels. According to Diouf, the more recent financial and economic crisis has eclipsed the mounting food crisis as national governments have been concentrating on tackling tumbling stock markets and ailing banks, rather than focusing on curbing escalating hunger levels. “The food crisis requires the same level of attention. It has economic, social and ethical ramifications, but is also clearly a threat to world peace and security”, Diouf stated. FAO's goal of eradicating hunger from the world requires urgent action not only for ethical reasons, but for socio-political ones too. Because when people are hungry, they get more aggressive. Concluding his speech, Diouf underlined that a world “in which 1,340 billion US dollars are spent each year on armaments; and more than 3 000 billion US dollars could be found in just a few weeks in an attempt to stifle the world financial crisis”, could surely amass the funds needed to eradicate world hunger and ensure the most fundamental human right: the right to food. “

Over the years, the problems grow bigger. Accusations are thrown right left and center. One helps, another comes and destroys.

All of a sudden everyone is fighting to help the hungry and still millions are dying every day and more are being born to suffer death.

What is the answer? A New World Order? Well it looks like it's going in that direction but which order will replace the old one?

A New Order didn’t work for and we see how the Chinese still suffer with human rights issues. We see how the Muslim world is today. Nothing good there. What do they get in return for food?

We see how this planet continues to over populate and even encouraged to do so in spite of the prospect of every one dying due to lack of food and water.

The people /countries who try to offer answers and help the most to keep people free and with dignity, are growing smaller in number every year as problems, mostly related to self interest and selfishness increases. The more we try to keep our lands clean the more they will be in demand by others with money and money will not be made in clean lands because no industry can exist there. So the local people will become service people with low wages while taxes continue to increase and /or will have to leave to make money elsewhere so they can enjoy having their families live in clean lands.

I hate to think to where we are all headed if the political situation changes and the wrong man wins.Nietzche comes to mind. The sequence of eating to live or living to eat is not at issue anymore. What is at issue is our right to eat ……and live.

The issues of the self, self reliance, freedom and human rights are in jeopardy of being destroyed for no good reason. Man will no longer decide what he will eat,where he will live or how.

Very interesting. As I am in "food" business (in a large sense) for so many years, I am thinking a lot about food, our behaviour towards it, specially for us from the "civilised" world And then to think that the World Food Programme, to whom I have given blood, sweat and tears in the last 7 years, is feeding around 80 million people per year worldwide. Simply because they are victims of natural disasters and wars.

Yes Peter It is indeed a problem and you are doing a wonderful job by being involved and caring.
I am talking about the people who are dying because they refuse to move from desert lands, and who have children knowing they have nothing to eat themselves.
I am talking about villages who are in control of their lives with adequate food water and schools being attacked and massacred.I am talking about piratism.I am talking about population explosion which our planet cannot or will not be able to support in the future because of uncertain weather conditions and world politics.I don't believe man has to be dependent on other nations. Nations should be free and people should be able to govern themselves and grow their own food rather than having to wait til its given to them.Help needs to be shor term aid, as in the Case of Haiti and Louisiana etc... There is so much waste in the world that could be handled so much better but isn't and never will be because it isn't systems that make the difference but people.People like you.:)