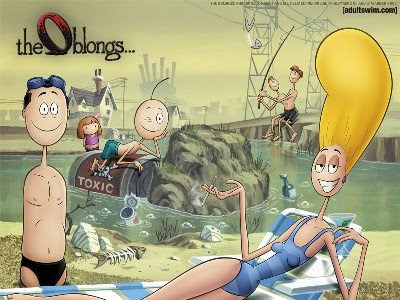 A study conducted by UCLA's Department of Psychiatry has revealed that the kind of male face a woman finds attractive can differ depending on where she is in her menstrual cycle.

For instance, if she is ovulating, she is attracted to men with rugged and masculine features.

However, if she is menstruating or menopausal, she is more prone to be
attracted to a man with scissors lodged in his temple and a bat jammed
up his ass while he is on fire.

E m p t y N e s t r o g e n
Highly effective suppository that eliminates melancholy by enhancing the memory of how awful they were as teenagers and how you couldn't wait till they moved out.

F l i p i t o r
Increases life expectancy of commuters by controlling road rage and the urge to flip off other drivers.

A n t i b o y o t i c s
When administered to teenage girls, is highly effective in improving grades, freeing up phone lines, and reducing money spent on make-up.

M e n i c i l l i n
Potent anti boyotic for older women. Increases resistance to such lines as, "You make me want to be a better person ... can we get naked now?"

B u y a g r a
Injectable stimulant taken prior to shopping. Increases potency and duration of spending spree.

J a c k A s s p i r i n
Relieves headache caused by a man who can't remember your anniversary or phone number.

A n t i-t a l k s i d e n t
A spray carried in a purse or wallet to be used on anyone too eager to share their life stories with total strangers.

I want some of each, especially the last one.

Oh, by the way, someone left a People magazine in the ladies room here at work and the cover is about Brad and Angie. i thought of you, so i read it and it says they are very happy and not splitting up.
☺

Love the new medications. Now where can I buy them? LOL

The UCLA study totally cracked me up!

Nessa ya I read it as well
at the store waiting to unload my shopping.lol Wasn't too impressed.It's entertainment.They say one thing and do another.
The lifestyle does not promote happiness. The happy ones leave the lime light and focus on their families and then come back when kids are grown up if they still want to act.
I watched the Great Gatsby yesterday with Robert Redford. I real classic.
Loved it.

Poking fun at people is fun Sometimes you have to laugh lol
Thanks guys. :)

Hi Lady's! Fully agree with Gattina. Do they franchise? ;))

The Republic of Uzupis. Never heard? Blogtrotter has it for you… ;) Enjoy and have a great weekend!

Thanks for the chuckle. I am a little concerned about the UCLA study, however.

Oh, that is funny!

I like the buyagra
I dislike shopping so I could use some myself hahahahaha.