The Scent of Nature 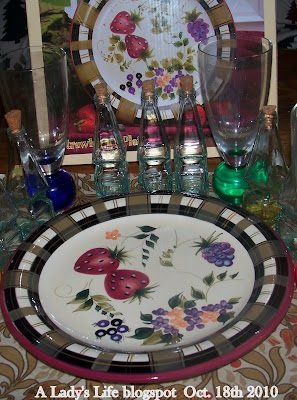 My Dad lived close to a wild blueberry forest. We used to go picking blue berries there every July/August,Which resulted in buckets full of frozen berries for winter as well as jam.

As we picked we always had to be on the look out for bears, not that we ever sawany but it was suggested that there might be a few of them around.

In September he would go and collect the leaves from these bushes, dry them and keep them in an air proof bag till he was ready to drink it as tea and boy ,was it good tea.!!

He also had Crysanthemums he would collect flowers from, leaves from the apple and plum tree and goose berries.

As a result, I got interested in this sort of stuff.

If you go outside there are so many wild flowers you can collect as well as those which you grow in your own yard. Well I collected some and decided I would try something.

I put lots of different flowers into a large pot half filled with water.Then I added half a bottle of virgin olive oil to it and began to simmer the pot till the water almost evaporated at which point , I took out the flowers and allowed the water to continue to simmer till I felt just the oil was left.

I added a bit of vodka so the scent , the oil absorbed from the flowers, would remain.

When it cooled I poured it into little bottles with corks and put it away.

Needless to say I was not doing a professional job. I was just trying it out to see if it worked.

What I had was essence I could burn or put into a candle or even into dried flowers to use in your closet.

I also had this very soft smelling, a bit oily, substance I could rub on my face and skin making it feel soooooo nice.

I was sold. ....AND the biggy……is that I know exactly what was put into the scent. Nothing was put in that would hurt me.

Well, me being me, ( the fun is in making the things not using them) I put the bottles away and naturally forgot about them for maybe a good five years.

Today I found one bottle and tried my perfume and could not believe how exquisite it had become.

I put just a bit on my hand and it smells so wonderful, I could smell it all day.

After spending 50 dollars each, on my sons Versace and David Beckham after shave, for his birthday, I would say mine smells so much nicer.

And cost me a lot cheaper especially with all the essence I got out of it.

Yes Nature is beautiful and provides for everything. All you have to do is go out and find it.

Now I am thinking I should try the lemon grass they sell for cooking at the Superstore.

Too bad I didn’t record what I did but by trial and error you could create wonderful stuff.

This blog explains how to do this the right way loll

If anyone wants to give it a go.

Have a great day everyone!!!

P.S. When the Roses Bloom Again. Here's to those who count.

I think it's neat that you (or your Dad) made so many things using only natural ingredients.

Thanks George but today you have to be careful. My parents lived with a slew of houses beside a farmers field and they had well water.
My Dad used to go to the city to work but my Mom was always out there in her garden and drinking coffee from well water.
The farmer would fly by and spray the fields.
Well many people got brain tumors around us and other cancers and my Mom got Parkinsons.When they overdosed her with the Parkinson medication, she got alzheimers.
They don't tell you but there are two kinds of Parkinsons. The one with lesions on the brain is not the one they can find a cure for.
My Mom did not shake on the outside but the inside.So now I don't trust anyone.Even dentists. lol It's important to drink good water to clean out your system everyday and eat food which is not contaminated by pesticides etc...

WOW that is so interesting! There was a time when everything we had was made from natural ingredients but, as you say,you have to be careful these days.

Akelamalu : I often heard it said products women usually use like hair color, lipstick,deoderant etc.. people use have toxic stuff in them.
And women who work,use these products every day. Dentists now force kids to take xrays to do tiny holes they say which will not turn into cavities but maybe they aren;t cavities and then you floss and fillings you would not have fall out.

Professionals create work for themselves but it does not mean what they are doing is good for us.

After all these years, one would think our FDA people would pay attention to side effects but they don't so more and more people get sick every year.
The diseases having to do with the brain are the most devastating.
Like what they did to my Mother is totally unacceptable and almost criminal. But who do you sue? The doctors? The farmers?
The government? The FDA?
They just pass the buck right back onto society.
Yesterday they had a program telling people about the ten worst
or toxic products people use. Nothing has changed.