Festival of Lights Thank You Vancouver!!!

Last Night we went to see the finale of the Festival of Lights which Spain won. 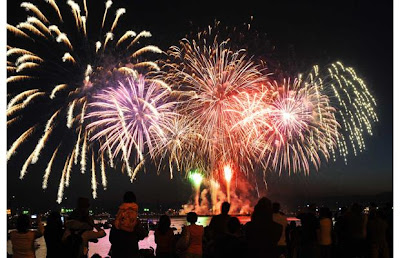 Congratulations Vancouver on a Job well Done...This festival gets better every year, year after year, and it bonds the local community together with a sense of pride and belonging.... One Nation, One People with all its diverse backgrounds.
The Festival of Lights, in English Bay was SPECTACULAR, well attended, crowded, organized, orderly but most importantly festive...! 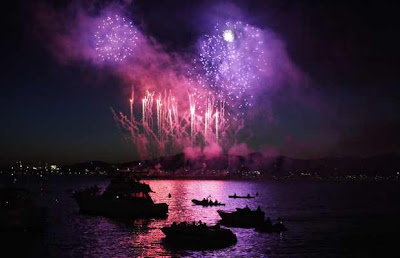 The skies were lit-up with palm trees, flowers, shooting stars, not to mention other things I cannot describe and the finale just lit up the whole sky, it looked and felt like we were being transported into the Golden Skies by some alien offshore manipulators bent on showing us a good time. I have never seen fireworks shot so close to people. You felt like you could almost touch, smell and taste them ... it was a beautiful experience you could only sense, experience and live the moment by being there. 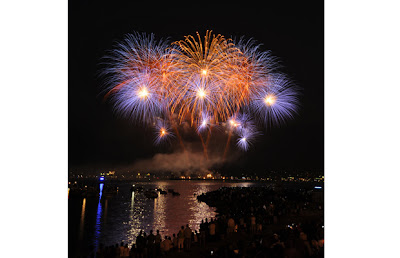 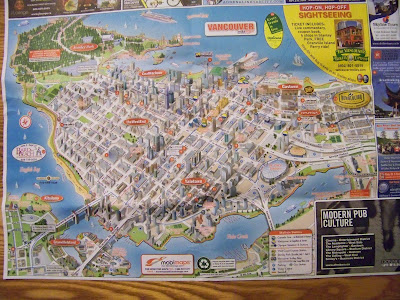 There must have been over 20 thousand people gathered on the beach. Davie Street was closed so the public could enjoy a nice walk to the harbor. 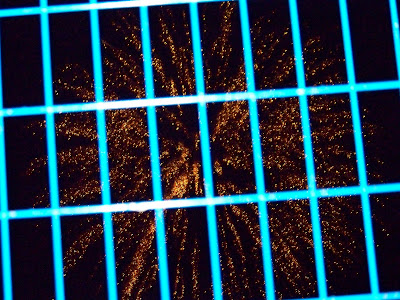 I must say I had a great time and was impressed at how well the crowd behaved and the fireworks was unbelievably beautiful. The bay was full of ships and small craft and the sky was full of airplanes. 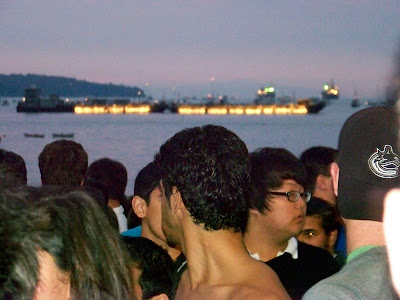 This saxaphone player entertained us with beautiful music

There were many street entertainers. This group had dancers especially one little boy who couldn't get enough of the drum beats. The Native American Indian was encouraging him on and also got up to dance 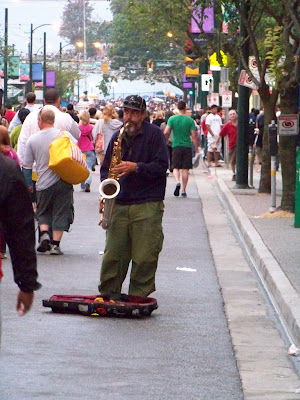 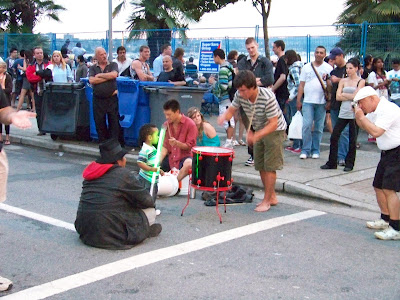 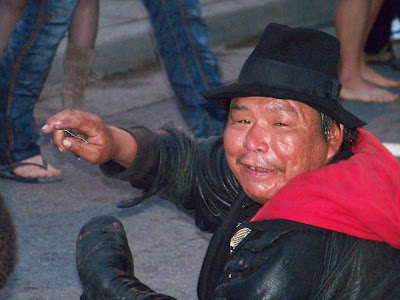 I took a Picture of this one gorgeous house which they told us was a restaurant but they closed it down
I thought it was sooo beautiful and could just picture all the stories it had to tell. The fence in front was beautiful as was the trimming on top just under the roof. 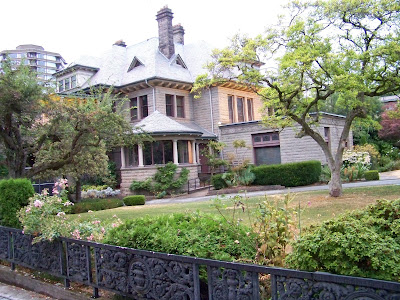 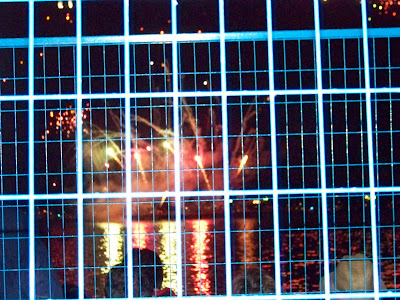 I got Gattina some pics of cats I am sure she will enjoy.:) 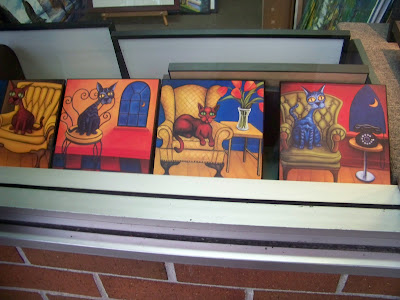 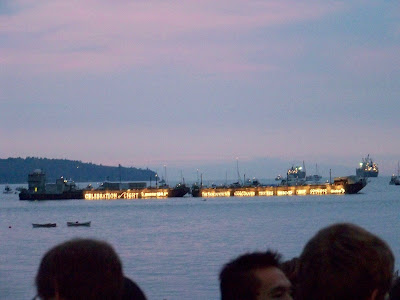 The skies were lit with palm trees, flowers, shooting stars, not to mention other things I cannot describe and the finale just lit up the whole sky. I have never seen fireworks shot so close to people. You felt you could almost touch them..


We stopped to eat at the
All India Restaurant on Davie Street where they had the best Lamb Vindaloo and Flambee Galab Jamun which is deep fried pastry balls in vodka.

They closed the street to traffic after we parked and got a fantastic rate of $4.50 from 6P.M. To 6 A.M. Another place tried to charge us 30 dollars for three hours so it pays to shop around.

We couldn't believe how many people were walking down the street and the beach was packed. We found the famous Boat House Restaurant on the beach which I know we will come back to.

At the end of the evening I asked my husband to stop and get my son a McDonalds since it's open 24 hours a day and I knew he would come home hungry. He ordered a Big Mac meal with two apple pies for him and for himself
he ordered a burger with no meal.

My Son and I always check because nothing is worse than to come home and find they didn't give us all we paid for. So I checked and she did not put meat in the burger She thought my husband said burger without meat.
For $4.15 a burger? I don't think so.
So they changed it and put meat in it.
Then I continued checking and they didn't give the apple pies either so we had to go back again. lol
We had a story to tell our son about how dedicated we were in getting him a meal that night.
I couldn't believe how busy McDonalds was at 1:30 in the morning. Probably it was full of people like us coming home from the Vancouver Festival.
The kids came to see us at the restaurant but then they enjoyed their own company on the beach and took the bus and sky train home.
It was more fun with all the people.

Thank you Vancouver for such a lovely evening and the nice memories!!!!
Posted by A Lady's Life at 9:47 AM

I would have loved to see that too ! I love those events when lots of people from all corners are gathered together and of course I noticed the cat paintings IMMEDIATELY, lol ! they are real cute. Almost (but only almost) I didn't look at the firework pictures which you managed to take real nice ! Thanks that you thought of me and my cat spleen !:)

Thanks for sharing this wonderful event. Your pictures gave me the feeling I was right there with you!

After an odd post, Blogtrotter Two has a bit of Catalonia in Sardinia... ;)
Take pleasure in it and have a stunning week ahead!

This looks and sounds spectacular!

The photos are simply beautiful!


The skies were lit with palm trees, flowers, shooting stars, not to mention other things I cannot describe and the finale just lit up the whole sky. I have never seen fireworks shot so close to people. You felt you could almost touch them..

What you wrote here was simply poetic. Love it.
So wishing I was there. I would have soaked up every single moment with my camera and my pen, just as you did.

Thank you for sharing this experience with us!

I want to say a special thank you for the encouraging words that you left on My Law Enforcement Blog. You made my heart smile.

Love you and feel your warm friendship from deep within.

Thanks for sharing this fun festival with us. I really like your fireworks pictures. I'm glad you finally got your McDonalds order straightened out.

Thanks All We had a great time.
I never saw so many young people in my life. Vancouver is vibrant with youth. To think we were so young once, happy and carefree.And to think those days are approaching again, God willing , when we will get back our lives to do with as we please.