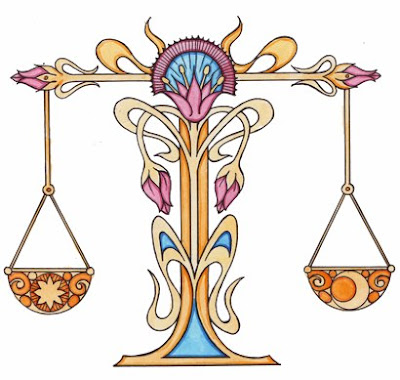 Tolerance to tolerance will never happen.

It is in another world we call Utopia.It is in another realm of other non existent terms like freedom and liberty and justice and love.All poetic words that mean nothing because they do not exist, except in our dreams and ideals.

As the tolerant make way against intolerance, they open doors to more and more tolerance, till the tolerance goes so far as to make those who opened the doors to tolerance, suffocate or get beheaded by their own hand and words.

There is a thing about words like "freedom" and " tolerance".They need to stay dignified and level.They need to rest on a level plain In free countries they use what is called the”middle of the road approach” and it is kept there, in balance, by educated level headed wise people.It stays balanced and peace reigns.

Today The scale of justice and freedom .is not balanced.

Today it is out of control and heading towards an abyss because the uneducated, unbalanced, unfree, who are intolerant to intolerance are encouraged to tip the scales and send everyone into an abyss along with them.

To pull out an uneducated man from tyranny and giving him full rights,is like giving a baby the right to crawl out onto a busy street because it was born free. The baby is so strong, it takes you with it, to be run over.Not only will that baby either die or get hit and become a living vegetable but it willresult in a calamity of people jumping on everything,from money, rights,justice tolerance intolerance, right and wrong, good or bad....Etc…. all sorts of irrelevant things, when the answer lies in none of those things.

The answer lies in babysitting and looking to the needs of the baby.The baby needs guidance, protection, not rights and freedoms it doesn't understand the meaning of.

Christian values do this. They are there to teach protect and defend.To raise people so they can carry the weight of words that have meaning to us.Christianity gives birth to other progressive things which keep man ahead and alive.Christianity is not there to dictate and abuse and torture but to develop man so he "understands".

The “have not” countries live like the baby, except their religions and politics, do not allow them to grow up. Some even attach bombs to the baby and decide for the baby what it needs to do.

You cannot save them. They can’t be saved from themselves because the brain has only so many years to absorb a foundation. After that its not easy and requires special people to help them.

It is the same with the baby in the womb.If it is not fed right the first few months of conception, chances of the brain being affected are great and so we have children bornWith alcohol syndrome drug addictions retardation and other things which make them grow up unable to learn and as a result end up in self destructive, criminal behavior and become a noose on society’s back.

It is easier to be a tyrant a warrior, than to be a Christian.

It is easier to tip scales than to keep it balanced.

In our world we leave the duty to keep balance with the people but if the people can’t do it, a tyrant will. A tyrant denies people the right to knowledge and progress.He lies about himself and sells himself and his country out for votes.For a tyrant there is nothing better than having a gullible society which cannot read or think.

Christianity which promotes progress and the self, is therefore hated, abused and stamped on.I think this is something to think about. Sometimes religion is not the opiate of the people but simply just a self help guide

To help man help himself.

Today the people who lead us are not honorable men . They dance in front of "balance" trying to create a niche to fit in and they don’t care which side its on. and those who try to be honorable, supporting the status quo, are getting eaten alive.

The people are losing. Christianity is losing. Good living is losing.

So what is it exactly that we are unhappy about? Having balanced families and children? Having food water and shelter?Having freedom to read write and create? Having a voice to speak?

Having our bodies and brain saved from self destruction?
We cannot help the fallen because the fallen need special help. The fallen will not get the help they need because it requires a Christian to give it.Otherwise it becomes too expensive.

Christian values give birth to other progressive things which keep man educated, employed, ahead and alive.To put ones back against Christian teachings is to put ones back to the childthat crawls out the front door into traffic. No one will care if the child lives or dies for what butour conscience stops man from becoming a killer and a predator?

It is easier to become a tyrant, a warrior, than to be a Christian. Once a tyrant tastes blood, the second kill becomes easier. This is why Christianity teaches to turn the other cheek but not to be a fool as to give up your life. Otherwise, there would be no point to having children.

It is easier to tip scales than to keep it balanced and wise people, who love their country, need to live true to words, the American Dream was built on.

In God We Trust.

This is deep; this is heavy. Thank you for writing it. I agree with every last thing you said except in the last paragraph where you said, "Christianity teaches to turn the other cheek but not to be a fool as to give up your life." Actually, Jesus said twice (in Matthew 10 and Matthew 16) that whoever would save his life would lose it, and whoever would lose his life for My [His] sake would find it."

Rhymes withe plaque: I agree with you. There are many ways to interpret this. I am basically referring to suicide bombers here.But then their lives are so bad they have nothing to lose anyway.
People give up their lives every day for God when they do his work.
You would give up your life for your child, for your family,for your friends, but you would not for a criminal who hurts them.You would fight to stay alive for your family, because if you die, who would take your place? Not many do Gods' work today. Today, you try and find out you are set up to be robbed, or taken to court if a person dies or you upset someone and they come into your life and do some other atrocity like make your personal life hell through some fraud. Laws are not there to protect you.People all have a personal agenda. Today it's not an easy thing to be Christian, because evil infests itself in everything good.People are not on the same page.So this is why I am talking because God needs a boost.I am not a religious
fanatic, but I do believe that there is truth in the ten commandments and so I support them :)

Wow! This very thought-provoking, very deep and very true. Thank you for an excellent post.

Rhymes with Plaque - You have to remember the jews in concentration camps, who never believed they were being relocated to die in gas chambers.
Had they known, they would not have been so docile.They would not have turned the other cheek and this is probably why they are fighting so hard today to keep the little spot on this planet, where they can call home but are willing to share.