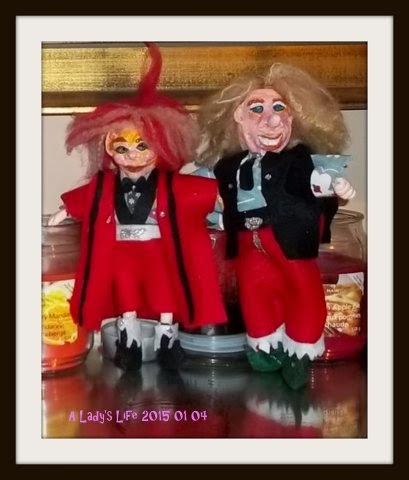 Mr Nozupnthair was walking down  an
ordinary street,
with ordinary cars
With ordinary people.


Mr Nozupnthair nodded back a greeting of hello,


making sure not to lower his nose too much.
Mrs Gassytank walked into her place of employ called
"We Roll up the Cabbage" cabbage roll store.


He fingers were brown from smoking and cleaning and rolling cabbage leaves in a not too clean environment.
No one bought cabbage rolls, as they were in
awful sauce, so one wondered how the store survived.

Mr Paninthebut got out of his car and waived hello.


Mr Nozupnthair nodded hello to him as well.
Mr Paninthebut was re known for his inquisitive mind and endless questions . He immediately reported to half the neighborhood as such was his job as the local  gossip reporter.
The more secret things were , the more people knew about it.
It was not wise to stand beside Paninthebut cause the locals gangs hated him and drive by shootings were regular things that happened.

Mrs Spinaweb, a whirly woman, with buck teeth, nose ring,wearing colorful printed tights, bumped into him with her baby carriage. The baby's clothing was dishevelled and pungent. The hair looked like it wasn't combed in a week, not to mention the dirty little face and unbecoming facial expressions.
She was busy chatting away with her friend,
Miss Pisspus, and did not see Noznthair in front of her.
Miss Pisspus was an audacious girl with gaudy purple hair standing up on end, a tatted arm and  big lips, covered in shiny black lipstick.She was also in black tights and wore a shiny wet look vest.
They both giggled like it didn't matter, that they were rude.

Mr Nozupnthair was annoyed but did not lower himself
to their level and decided to cross the street.
The light was green and blinking saying WALK but the cars had other
messages to send Mr Nozupnthair, as they cut him off and splashed him with dirty muddy water.
Poor Mr Nozupnthair looked like a tall wet spaghetti noodle standing there,
in the middle of the street.
His nostrils flared as he reached in his pocket for a handkerchief, to wipe his face.He should have known better he thought, as this always happens on rainy days.
He made it to Snitch Street where Mr Stretch, the panhandler, tried to sell him some stolen jewelry. Mr Nozupnthair made sure to hold onto his pocket book cause Mr Stretch was also a cunning cleptomaniac with very nimble fingers.


But they could do better than to offer a three for one special, undercutting all the other working girls, with no friends.
Mr Noseupnthair walked by without even a flinch.
Mr Snort sneezed as he approached Mr Nozupnthair.


With a wave, Mr Nozupnthair kept walking past him.


Yup, now Mr Fistyfishmer was a nice old man running an old fish store. The fish couldn't be fresher swimming in the tanks, where you could choose the one you wanted. He cleaned the fish for you and left the guts for the flies to find. The fish came from the polluted waters of Lake Michigan.


The stench was too much to handle for a man with his nose up in the air.


It is only here and here alone, that Mr Nozupnthair lowered his head and covered himself with his jacket as he walked by , a little faster.


Fistyfishmer yelled after him shaking his big knuckled fist in the air:
"Eh! What's da matta wid you? You no lika ma fish?
Fresh! Fresh Fish!
Ahh! Bigashot!"
Finally Mr Nozupnthair made it to his office on Yukayuka Street.


He walked up a flight of creaky, warn, wooden stairs and reached for his long string of keys.Even in the day time the doors had to be kept locked and cameras were installed outside to watch who came and who left.


As he entered, his secretary Ms Eigouger gave him his messages.


Mr Newswitch was about to report the weather. He had colored blond curly hair,wore big white designer  glasses,  short pink leather pants , a white shirt with a black collar, a lily in the pocket and a purple polka dot tie.


He tried not to overdress for the camera.
"Every thing ok?" asked Mr Nozupnthair?


"Just Peachy."  answered Newswitch as he rushed by him.
Mr Butchin walked in and put one foot up on the  chair. His Iroquois head look, with the word " Bang u Dead" sheared into the short sides of his head and his un shaved complexion made him look like a barbarian


from a Schwartzenegger movie.
"Got some hot news today boss.
There is a  demonstration for freedom at City Hall.
Seems there is not enough free housing in the city


and people want more social funding.
Nother plane fell down but they don't know where.Some special needs kids died from a drug overdoses.
A few more kids born, one with two heads and one with


six arms and feet.
Moms are Dads show is airing today on the Showemboobs Show.....
Mr Nozupnthair sighed.
"That's it? Don't you have anything fresh and new?"
"Hunh? "Butcher looked confused.
Why boss, this is a lot of news here, just come in.
Nozupnthair sighed .
" It's all the same news.
Same streets, same cars, same people
Same thing ............ over and  over and over.
We need something fresh, new."
"Like what Noz?"


Well............let's see....like tap dancing, opera, healthy kids going to a normal school,a Mom kissing and loving her clean, well cared for baby and a Dad having an actual job.
Grand parents living with kids, who baby sit , to cut costs and so grand kids do not sit on the street. Unpolluted fish and meat,  clean stores and markets, Good jobs to cut social service costs.
People living in actual "homes" instead of houses.
And how about "NO to Drugs and and courteous driving habits, and people making good judgement decisions.
How about a girl that looks and acts like a girl and ... how about chivalry, just to name a few things off the top of my hat."