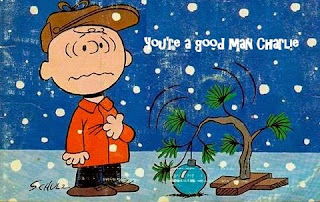 Charlie Hebdo suffered a major tragedy for standing up
for their right to criticize.
Again in this time of woe, Reza Azlan is wrong in his dipiction
of the poor muslims living in Europe.
No one asks them to go there.
Why do they leave muslim countries if it's so good there?

They kill Christians in their countries.
They come to new countries vowing to use their constitutions and
democracy against them.
They abuse women and children.
They buy and marry 9 year old girls from other countries.
What does a 69 year old man need from a 9 year old child wife?
They attack schools teaching girls.
The behead and stone innocent people
They help promote poverty.
They refuse to get out of archaic minds.
Lots of things go hidden under the veils of Muhammad laws.

Then they get angry and use this anger to retaliate?
Is this what 9/11 was all about too?

We dont need people like this in our free countries.
It doesnt matter if they are Muslim or any other similar religion/ or people.
If they dont want to assimilate into their new country as law abiding citizens,
they should stay at home.
If they carry a passport then this shows the country that adopted them, has shown
love, acceptance, gives them shelter, education, food and deserves loyalty .
Every other immigrant comes with good intentions except
these people. They have no one to blame but that book they
believe in, which is pure hate we are not allowed to discuss and
we have anti hate laws which puts people into jail for expressions
of hate and treason this books carries on its' first page.
It's very existence, will always encourage jihad.
In fact it was Hitler that said that they would do much better with
Islamists to conquer the world, than they would under meek humble Christian
laws and values.

Multicultural countries get along with every one, so if they are
having a hard time, then they better ask themselves why and
put the blame where it belongs.

All the immigrants came to North America to be free.
No one came here to again begin a Muslim hoard or sit under the thumb
of any dictatorship.
We like what we have. It took a long time to build and thank you
but no thank you , we don't need Sharia laws here or a police state
or citizens crying for the rights of a pretentious prophet.

Gattina I know what the muslims are saying today and this is because they are scared. But it wasnt so a few years back. I few years back they said we have lots of time Time is on our side. They go into small towns and take over one by one.They clearly tell you that you offend them and it is their way or no way. This is not exactly the freedom we are used to living under in North America.One day we will have to fight them to stop them and so there is no reason to bring them here if we can;t get along.
When we are in their countries we obey their laws out of respect but no so here.