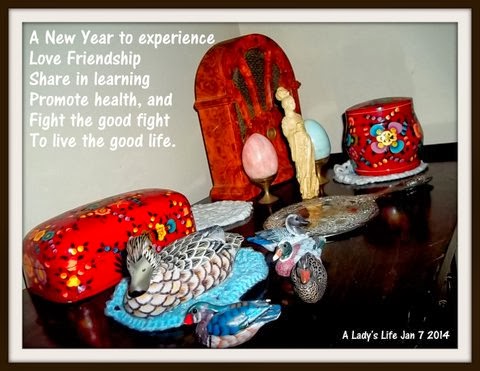 Well was unable to post cause blogger had an error and it is still not fixed.
I thought it had to do with the weather but a week is too long to have blogger fix the problem.
I think I am not the only one with problems.

In the meantime I was busy with recipes cooking up a storm for sit down
dinners which are quite enjoyable but it sure takes a lot of time for the cooking,
the pots and pans the counter cleanings etc.. till the table is finally set to eat.

We are just not used to so called "NORMAL" living cause it really takes a stay at home person to do this killer job. lol
You also have to be in a good mood or the recipe is slopped together and doesn't come out right.
Either that or you have to be a professional chef who knows his stuff.

Me not being a cook at heart, made it even moreso a trial but I did it. lol

I finally got myself a new toy in a pasta machine at London Drugs. It's manual but it makes
5 different kind of pasta and I like the idea of putting lots of herbs into fresh pasta to cook right away.
It even comes with a stand for noodle drying.This was the only store that had it on the shelf. I know cause I wasted a lot of time and gas trying to find a store which advertised that it had it and didn't

So I made ricotta canneloni with spinach, covered in a really tasty sauce. It had oregano,black pepper, basil, garlic and cayenne in it.

If course my husband said he liked it but it wasn;t his kind of food cause it had no meat in it.
This always dampens my spirit to want to try different recipes with the kind of men I am surrounded by.
Some wives are lucky to have people around them who like to try different things but not my guys.
Once you are used to fish and chips as they say.

I remember  once this man came to a chefs house for dinner and this woman really cooked up a storm of delicious mouth watering dishes. The guy ate and said it's good but not as good as my wifes' cooking. Knowing his wife does not cook, the chefs' curiousity was aroused and she began picking the mnd of his guest to find out what was wrong with the food he was given to eat.
Finally it became clear that the reason was, that his wife always burnt the food and her husband was used to eating it that way.
So unless the food had a burnt taste, it was not good. lol

We sure had a storm that came in from the Pacific ocean last night. It did a lot of swirling like what we interpret as hurricanes, coming into the Gulf Coast on the weather network. It poured and it is still pouring and the wind blew hard and broke a big branch off a Douglas fir.other than that it warmed up.
We had some pretty chilly weather last week.
Usually we dress like the Aussis do in shorts and fleecies and flip flops but lately it needs warmer clothing, gloves hats and winter boots to keep your feet warm.

I hate it when my son plays soccer at night when it gets real frosty. He always comes home coughing.
Well glad to be able to put up a post finally
It still shows error so I don't know what the problem is.
Maybe blogger needs an upgrade??

Gemma Wiseman wrote that all we have to do is up load the pics to Picassa web albums but they only allow you one gigabite and then you have to pay or delete pictures from the blog. So this means you have to sit and play games again. People need to say no and not do it. Why offer a service if everything needs to be paid for. I lost so much stuff already with this computer program playing.
It takes years to collect info and then poof it's all gone.
Keep pics on their disks is an option or maybe have them printed as pictures which is really the best. You don't need all the photos just the good ones.

Did you know the old technology is coming back in style because people are finding out the new one is not good, doesn't last?
xoxoxoxoxoxo

I hope your problems with Blogger are now a thing of the past. Many people have mentioned having problems, so you're definitely not alone.

The pasta you made sounds delicious. We've talked about getting a pasta machine, but haven't done anything about it to this point.

This past week has been the coldest in more than 20 years. Fortunately it has warmed up the past couple of days, but more cold weather is on the way.

I would love the pasta you made! The thing about the guy only being used to eating burnt food made me LOL!

Thanks george but I think this is something new and we just have to adjust to it.
In the mean time I am having a rest.
lol

I love the pasta thing too akelamalu
I hate the dishes and clean ups though.Cooks might like it cause they have people cleaning up after them.