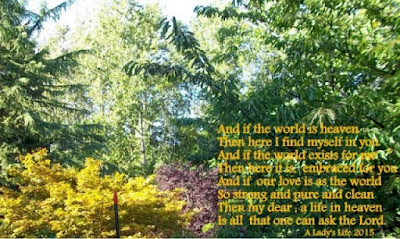 Tom Zytaruk is on my mind again.
He blasted Our Prime Minister for trying to save his life.
The Canadian Government does not want our citizens going into terrorist areas. Tom made it a personal fight mentioning he is married to a foreign wife. He does not mention from which country she is, but it must be from one of the countries at war and judging from his name, it might be Ukraine, where Canada seems to have an opinion on, because of the large population of Ukrainians in Alberta and other provinces.

The tax payer, on the other hand might be pleased not to have human rights
problems when one of our own is taken hostage for ransom especially when it ends up
they get tortured and die anyway.

War is ugly.
It has no right or wrong.
Discussian of right and wrong is pointless after the fact.

Tom has to grow up
Whose side is he on anyway? Certainly not his wifes'.
Would he want to put her life at risk?
Maybe he does.
Maybe he wants to be a patriot,. a Joan of Arc martyr, leading men into battle.
Anything can be expected from people
living in dreams instead of reality.

Canadians have always played a role of peacemaker.
It is a good role to play in the international arena.
It is never a good thing to take sides .

Two wrongs, never make a right.
We should always look for reasons not to fight,
show insight to disarm rather than arm.
But as they say, don't be a chump either.
Be prepared for anything.
Stay home and dig in.
In this, our Prime Minister is wise.
Thanks