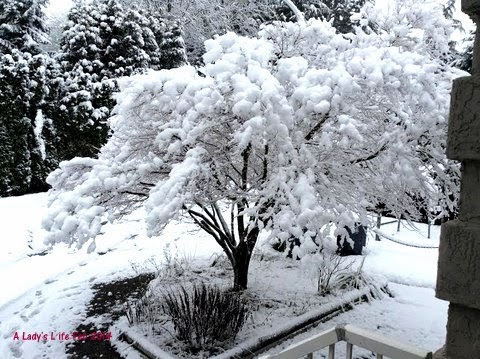 We watched the end of Sochi. It was a wonderful
finale.
Putin looked sombre as Sochi was marked by so many bad
political events like the uprising in Ukraine and
reporters causing trouble by showing the Pussy Punk group
being harassed and beaten by police.

Why is it that people always try to destroy something nice,
especially reporters.
It's like words like  manners and politeness, don't exist
any more than they understand morals ethics and values.
If rebels have issues with political views, they should fight
them on the political front.
Ukraine has always been known as Russias' bread basket.
Russia needs their farmers.
It will be hard for Ukraine to get
away from Russia and why does it want to?

Ukraine was divided into north and south.
North was considered Russified and
the south was more on the Polish front.
If Ukraine separates, the people can again decide
to separate from Ukraine and go to Poland.
It's just trouble and all for nothing.

You know, going to school we had Ukrainian students and if you asked
them about the situation out there, they would shake with hatred against Russia.
I always wondered why parents put so much hate into
their children, when they should be teaching love for the
country they live in, that feeds them, clothes them, educates them,....

Punks trying to steal free publicity and  attention should not be given it
at an event where all the attention should be payed to the athletes
who worked hard to get there and more deserving. This is there show.
Maybe athletes should get into the punk scene when they are performing
so no one watches their performance

The same with the gay issue. America doesn't accept words like
"respect" and "freedom" and allows for everything while denying things
people are comfortable with that is seen as good.
Does this mean what America thinks is right
for America, is right for other countries where the people support other values?

When I sit and watch the Ellen commercial for Covergirl it always makes me laugh.
Does the woman not know what she is? She is a man. She absolutely refuses to
wear womens' clothing.
She should be doing mens' under wear commercials, not womans' make up.
It's just like a man doing bra commercials.
I wonder if Kramer would do some for Warners. lol
America is known for "crazy" but other countries don't like it and should be
shown some respect.

I love America but sometimes I think she goes too far.
I am so glad the Guy doing the speech on the Olympics was gracious and kind
to Russia and so was the public sitting in the bleachers.

Apart from that, my tree outside is beautiful. We had powder snow falling
for two days now. I think we brought it from up north. lol

I live in Alabama and it is ground zero for crazy. I would like to think the world takes our good points and dismisses the crazy stuff.

I have met Ukrainians during holidays in Egypt. As they speak Russian, we first thought they were Russians. Most of them were illiterate and little kids of about 8 to 10 did the check in for their parents and read the menu card. Besides that, they ate with their fingers and stole everything they could from towels to cutlery and toilet covers. Ever since they are banned from Egypt's 5* hotels. They want to join the European Union, they are not ready for that, we will only get criminals we have this already with the Rumanians.

My husband was in Moscow a long time ago and the hotel he was at had a wonderful menu but nothing was available to eat.
Every floor had a guard watching you
and the room cleaners would come in and steal from your suitcase he said.
He came home without under wear and shirts. Well he knew that so he made sure to bring a lot of stuff like toilet paper cologne under wear gloves hats and left them out for them to steal. The people had nothing.Under communism
people would stand in long line ups for meat just for it to run out before all the people were served. The same with shoes and other things.This behavior is hard to break. East Indians when they come from India to Canada behave the same way but then they relax as they see things dont run away.
The stores are always full.lol