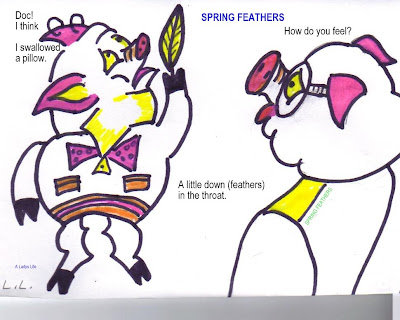 A man worked on the buses in the US collecting tickets.

He rang the bell for the driver to drive, while a woman was still getting on the bus. When the bus left, the woman fell off the bus and was killed. The man was tried, convicted of murder and got the death penalty. Since this took place in Texas , this meant the electric chair.

On the day of his execution he's sat in the chair and the executioner granted him a final wish.

"Well" said the man, "is that a banana in your lunch bag? "Yes" answered the executioner.

The executioner gave the man his banana and the man ate it. When the man's finished, the executioner flipped the switch sending hundreds of thousands of volts through the man.

But when the smoke cleared the man was still alive.

Since you can only kill a man once. They let him go.

The man got the same job and again was selling bus tickets and again he gave a bus an order to leave while someone was getting on and again this person fell under the bus and died.

So Again there was a trial and he was sent to die by the electric chair.

He met up with the same executioner and when asked for his final wish, he again asked for a banana.

After being electrocuted, the man again did not die and left the executioner flaberghasted.
He'd never seen anything like it before and let the man go free.

This happened a third time, exactly the same way.

"I give up" said the executioner, "I don't understand how you
can still be alive after all that. Has it something to do with that banana ? " he asked.

Thanks for starting my day off with a couple of laughs!

That was cute. Wish we were known for something other than killing people, though.

Good one Lady... They should use the same electric chairs everywhere...less people who are bad conductors would die...
Thanks for the laughs

Well Jen I don't know what to say.The more news I listen to, the more depressing it all sounds.lol
The oil leak, the terrorist problem,people scamming people.Finances in Europe, Every one blaming every one else for everything.But its not fair to say America is known for killing. Man in general is known for killing.WW2, between Hitler and Stalin, more people were killed than the two hiroshima bombs put together and thats not talking about how much blood was split by other countries in the past.Those two guys were some bad cookies. The way I see it, this is the wrong time for the US to pass "nice "laws. You can't be a leader for freedom and not be blamed.Its countries who want to use a stick on their people vs countries who don't believe in the stick.lol
So if we believe in the stick its kinda confusing not to accept it in our own countries.Trouble is we can't trust our own leaders any more than we can trust leaders in countries with a stick as history shows. Either way you are cooked.
I say something must have been done right by someone for our generation to have had peace for so long with no revolutions. but we flower children are not doing so well for our own children and neither are other countries.:(