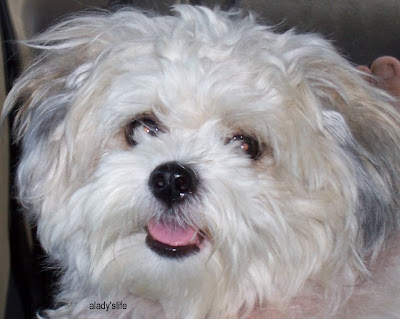 I don’t know who heard this story. It happened quite a while back.

One diplomatic incident took place in .

of a poodle around with them.

When they came to this restaurant in to eat, they gave in their coats and the little dog.

They enjoyed their evening with a few other couples, and then paid their bill and went

to get their coats

The coats came but there was no little dog so they asked them for their little dog.

The restaurant was confused. They asked what little dog?

“But Sir, you ate the dog. We prepared it for you.”

At which point the woman fainted.

In people bring in their own food to be cooked by the restaurant chef.

I remember once I was invited to celebrate Chinese New Years in , and my friend brought a fish to be cooked.

After she gave it in I asked her why she brought a fish and she said she liked this fish and she wanted it cooked for tonights meal.

She explained it was a very normal custom so when I heard this story I was not surprised, although I know how devastated the couple must have felt losing their precious dog this way.

I personally would be in the bathroom throwing up .

There is nothing worse than not knowing what you ate and then especially when you find out its your own pet.

That sounds like an urban legend. The best ones always have just enough truth to seem plausible, but what American couple would take their dog to a restaurant?

Restaurants here will prepare fish you bring in, too. Especially reataurants in tourist areas. People do it with what they've caught on fishing charters all the time.

From what I heard this was a true incident that happened and the French carry their dogs everywhere with them.In China bringing anything with you to a restaurant is construed as wanting to eat it.lol

I tried to find out if it was an urban legend but this happened a while back when the Chinese were not used to foreigners. But I came upon this other story I think happened in the US.
http://atlasshrugs2000.typepad.com/atlas_shrugs/2010/05/muslim-couple-throws-out-deaf-couple-and-their-pooch.html

Its more common than we think and people have been known to get rabies from cooked dogs.

I knew that these things have happened. And we had a serious case in Switzerland a few years ago when a Chinese restaurant served cat meat as beef.

Peter so did we and they closed down the restaurant.

Having been in China several times, I have no trouble at all believing that this could have happened.