AND THIS MADE ALL THE DIFFERENCE 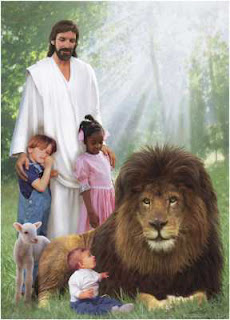 Growing up in the Province of Quebec was a very special time for me.
I had my own family life.
I had the Protestant School Board which enriched me as a person in so many ways and
I also had the Catholic French Canadian influence which intrigued me.

Our school was very good introducing us to many things like the Anglican Church. Our choir went to sing at a little church next door and other churches down town.
I had the honor of singing solo because I had a nice voice. This was the time I found Liberace and fell in love with him because of his music. I think our music teacher was gay but no one knew about such things then.
He was a very nice man to say the least.

We had a student exchange program whereby 7 kids from our school went to a French School and 7 French kids came to ours.
We had a vacation because all we did was sing songs and go to a French Catholic Church. We learned Catechism had few minutes of math that sort of thing. It was a breeze.
The French kids had our schedule which was math history English etc.. They cried for two weeks and wanted to stop because it was too hard.lol

I had Polish neighbors and played with a little girl who always wanted to be a princess
She would wear her princess get up and play out her fantasy. I always fantasized being an Amazon woman who was befriended by a lion and lived on an Island. Anyone who got stranded on my island I would help but they never saw who was helping them.lol

I had another Polish girl whose family rented and lived in an attic across the street.
I would go up to visit her as she had problems coming down stairs in a wheel chair.
She was so pretty, with long thick curly hair and afflicted with polio.

On the corner of my street a pretty little boy with golden locks, ran around with flippers for arms.
I told my Mom and later I found out I also could have been born this way but My Mom decided not to take the
Anti nausea pills early in her pregnancy.
Taking them resulted in thalidomide babies.

Further down the street was a small bungalow.
You could look down the embankment and see so many cribs and each crib had babies with
heads so huge, they had problems lifting them.
It seems the heads filled up with water and they later died.

We had a colored family a few houses away.
I was friends with the daughter but the older son was stand offish. Once he had a sling shot and shot a stone which whizzed by my eye for no reason. I turned around and chased him and pushed him into a huge puddle. He lost his glasses, got all wet and then had the nerve to go and complain to my Mother. She saw everything and told him nicely that it was not nice to hurt girls lol
His Dad had brain cancer and stayed home quietly waiting to die. The Mom was a nurse.
She was such a pleasant lady, beautiful inside and out. I just loved her.
There are some people who walk and have halos hovering over their heads and this was one such woman.
She had so many problems at home but walked with courage every day to do her job and her duty.
As it is written, some walk in their righteousness and some in their transgressions.

The Italians were funny. The big kids fought and the Fathers chased them down the street with straps.They were all good kids. My neighbor had 4 boys and a girl. The girl they imported a husband for from Italy and married her off at 15. By 20 she was hunched pregnant old and ready to die.She had 5 children and was told not to have anymore but her husband didn't care. He drove nice cars, dressed well.They had a nice home.
There was going to be a major fight between her family and him.
Thankfully she had her baby and they saved her life but the doctor tied her tubes so she would not have any more. They didn't care about her religion.

Her middle aged brother threw a rock on my head when I was 4 and then wanted to marry me when I was finishing high school. He was a handsome dude but I said no. One hole in my head from him was enough lol

One family had many children and lived on welfare.
All the neighbors brought them their childrens' clothes once they grew out of them, so they did not suffer and food.
One day their house burnt down.

The rumor was the husband took a big insurance policy and then burnt his house down.
The insurance gave them so much money and they built a huge house .
Now this was making something out of nothing, loll

Needless to say the neighbors were not too impressed cause every one had problems but would never stoop so low as to do this sort of thing..
They also felt used and abused.
The mother came to our house and told us no one gave them anything anymore because they were jealous.
But we knew why. It was because peoples generosity was betrayed by her husbands evil ways.
He never lifted a finger anywhere except in bed.lol

Our other next door neighbor was a union between an English woman and a French man.
They were a lovely couple They cried when we moved.I think almost the whole street did.
They owned a boxer. I was a lover of dogs and they entrusted me with their dog so I was given a treat to walk it every day. She had puppies and the man came to my Dad and said "I will sell you a pup cheap because your daughter loves dogs." but my Dad did not believe in spending on animals so he refused. I was very upset. lol

Then their son took the Boxer and brought them a Doberman . I took it out once and the dog looked at me as if to say you don't tell me where to go. I tell you. So I said ok and slowly brought it back home and never took it out again. Next thing you know the Boxer was back and we were all soo happy and back to our old routine,.

In our house we had an old woman living with three sons. She was a real chaste religious French Catholic woman, always dressed in black. She was afraid of everything but a wonderful person.Quiet as a mouse, smart, just, and had very well behaved young sons.

At school we had bullies. No one bullied me to my face because I was a big girl .
I became a defender of the bullied and all they had to do was come to me and every one would back off.
I guess it was the look on my face that did it. Or Maybe my Dad’s teachings to fight back or expect to get
more of the same when I got home because my parents couldn’t afford to replace my ripped stockings every day lol
We learned to stand up for ourselves early in life and not sit feeling sorry for ourselves.

We had one boy who came to school and no one wanted to sit next to him because he stunk. He not only did not take showers but farted all day long.
He always sat alone, red faced and embarrassed.
The teacher would always sit him beside me and although I also thought he was so offensive to me as well, I never let on.
I tried to be friendly to make him feel better but he really did stink.

Then we had a Scottish family. I loved going to their house cause every Christmas. my friends' Dad brought so many Christmas trees.
They filled her yard and we’d go at night to choose one for our house.
What a wonderful night this was and she was grateful for the extra cash it brought her family for Christmas.
Bringing the tree home in the snow was just as wonderful.
We had to drag it or carry it full of snow just like in the Christmas cards. The weather never disappointed us cause pretty snowflakes would fall and the tree smelled so wonderful in the house.
My Dad had to prepare the stand to fit it. It was a whole ordeal to set it up and not just a walk to the store for a regular stand.

Then there was one family we never saw outside but they had a small Chihuahua. Every morning it came out wagging its tail
So you let it come near enough to you and then it would run up and bite you. loll
Some smart little dog. Loll and then of course there was Nipper. He was an old schnauzer mix belonging to an old couple and his name said it all.
No one went near him lol but he made sure to come out onto the street and tell you a thing or two. Loll
He was the 15 year old boss of the street.

Growing up in such a milieu taught me many things about people, religion, and life.
And because of it, I feel today, that there is nothing better than living in a heterogeneous society.
Not only were we all different but we were all the same.
We suffered, we cried, we had good times and bad times, we shared and together we prospered.

“Amitie” in my early years.

And this made all the difference to me and to all the people who lived in my neighborhood.

God loves and cherishes all his people and he brings them together for a purpose.
I know I was blessed in more ways than one growing up in Montreal North.
I am now telling my story and it is a good story to tell. :)

What a fabulous post! How in the WORLD do you remember all that? I remember a tad about the neighborhood I grew up in until I was 9 - but ONLY a tad! I could not tell you a story about ANY of the families... I know we had one Polynesian family, and a Jewish family - they had been in the holocaust and had numbers tattooed on them - but other than that, I think we were all your typical white Protestants and white Catholics!

melli: I have no memories of high school lol
I hated high school with all their rules and stuffiness. but my elementary school and my street and all the people who lived in the area were just about the greatest. Every one knew each other and the community the schools the english the french and all our churches worked together to build a society.
Quebec was the greatest place to live until the separatists came and destroyed everything.
Left alone I think every one would still be happy living intermarrying and just being happy.
People were trying to do the right thing between each other.

What beautiful memories. Thank you for sharing them with us.

This was very nice to read. That are nice memories. Isn't it amazing how, after many years, things are still present or come back to one's mind?

Peter I never forget
I am like the Quebec license plate that says Je me souviens except what I remember is all good.
:)