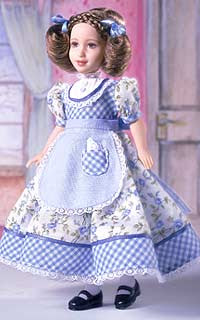 I wake up as always and think to myself WHAT A GREAT DAY!.

because my pet sleeping next to me, doesn’t like it and keeps shutting it loll

But apart from all these changes and inconsistencies you adapt and life goes on.

I can’t complain much. I am living my life as every one does but sometimes wonder

if there is something wrong with not having dreams?

And I have always been content with who and what I was.

If I had something, that was great.

This was not good at all.

And no one has a right to them just because they can.

This has always applied to me as well as to other people.

I would never take it.

Ya you did so now what… you gave me a penny and now you want a dime? lol

Oh I needed it and you don’t. Hunh?

You’re too old for this. Say what?

My family that a penny saved is a penny earned.

But then they see it, want it and the roll disappears.

Somehow the roll becomes more appealing than the penny on the street.lol

but the only help she got was when they came to eat the bread. lol

So one does the hoarding and another does the enjoying because your things are not as important to them as much as their value.

So I hoard, I paint, I knit, I sew, in the hopes that one day they will smarten up and recognize antiques,

get the rewards from the things I valued, made and cherished for them.

Or maybe they will value my feelings and memories and efforts and keep them for future generations, which I always hoped would be the case.

There is a Van Gogh somewhere in the things we all do, that our families do not appreciate and then lose out on.

One time I saw these interesting big dolls that walked if you led them by the hand. I have boys, so really do not need dolls but I buy them anyway lol

I thought this would be great to give as gifts because I got one when I was a kid and still have it along with the memories.

It is like the movie Caine who died uttering his last word ….. Rose bud.

And no one knew it was his old sled, which meant so much to him, that he died thinking about it.

Maybe riding it in the snow was his dream come true and now finally he would.

So I got 6 dolls and it cost plenty to send them to the kids but some of them did not like this gift.

I had two left

One I decided to keep and the other I thought well there is Bingo night at school and they are looking for prizes, so I will donate it.

But it so happened that there was another function going on at school whereby I had to pick up my son .

Bingo finished and people were leaving.

I happened to see this little girl with my big walking doll. The doll was half her size but it was her expression looking at it, that brought tears to my eyes.

For her it was a treasure, something she could not stop looking at and admiring. She was beaming Her Mom was beaming. It was a great night for them.

I didn’t know this little girl but I was so happy that the doll ended up to live with her. I felt like Ol St Nick that night and it was the best feeling.

This doll came to her, as some things I have, came to me.

It will be her treasure and she will feel about it just as I feel about my things.

I wouldn’t be at all surprised if she still had it to give to her children to play with one day.

I felt so great coming home that night and still today when I think about it, it makes me very happy.

I learned, the act of gift giving, comes in many ways . I also learned that there is no point to give, if people

do not appreciate what you have gone out of your way to do.

But maybe they were given to other people who really loved them and in the end, this is really the main thing.

The greatest treasures are not things but what you find in your heart when they are given and received.

Well these were my thoughts for today.

Thanks for a very interesting post that contains words of truth that we should all ponder.

George you and your wife seem like a lovely couple and your pictures are wonderful.