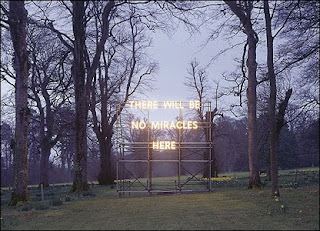 French movies are very different from what we watch here in North America. They seem to be closer to the essence of what real life is.

Like today, I watched a movie with subtitles about a man who woke up from a coma and found he was paralyzed from the neck down.
They even sewed up one eye because it wouldn’t tear and they wanted to save it.

It was a hard battle for him to relearn how to talk let alone write a book blinking one letter at a time.

He had a family who would come visit and take him on outings with him. He'd watch his two children play and entertain him because he was Dad.

The movie was about his thoughts because he now saw that although his life was loose and immoral, with lots of wine, women and song, it was only the mother of his children and the children who valued him, when others laughed and
mimicked his seemingly vegetative state.

It reminded me of a book we read in High school : Johnny Got his Gun but this young soldier woke up with no arms legs hearing or face. The only way he could communicate was through head banging for “yes” and “no” .

Neither story is a life one wants to live.

To be imprisoned in your head is not an ideal one longs for... and yet, we are all in our heads.

In the end he began to believe that this was just a dream, that he was still in a coma and would one day wake up and live a normal life.

This belief gave him hope and a desire to live, even if it was in his head.
He was able to enjoy life and laugh at people, their silliness and awkwardness as they struggled to make it..... life...... work for them selves.

He could see himself in them, except now he was above it all. He reached a state of higher maturity and understanding. Things which mattered, didn’t matter anymore.
He had lots to fall back on and relate to.

He was able to finally find a little joy in his state of affairs.

I believe eventually Parkinson’s patients must end up this way as well, once their nervous system gives out and fails to send messages to other parts of their body.
I knew this was the case with my Mom.

But as long as there is hope, then I guess everything is bearable.

While I was watching this French movie, multi tasking, I came across a story about the Virgin Mary and people on the net, scoffing at her virginity .

The French movie came to a portion whereby the Wife took this paralyzed man to church where miracles had been witnessed.

He, himself, was not a religious man but had nothing to say in the matter and so the wife spoke for him to the priest. He got his communion and a prayer for a miracle.

No one wants to believe Mary producing a virgin birth because it would definitely be classified as a miracle and yet in life, miracles happen everyday.

Doctors perform surgery with hands guided by nothing short of Gods will. Cancers cure by themselves.
We all have cancer but it takes a strong immune system to keep it under control. Miracle?

The blind see. The deaf hear. Accidents are prevented. Bombs don’t explode. The premature continue to grow and strengthen. Goals are scored miraculously without hindsight. The win is either yours or it isn't. It's already written up for you beforehand.

There are so many stories that have no explanation except that they all must be a result of God’s will.

It’s as if there is such a thing as mind over matter.

Say no to Satan and he will leave your body and make it whole again.

Say yes to God and he will fill your mind with strength to beat the most horrible of all odds.

He will regenerate what seemed to be lost forever.

I don’t know but today seemed to be a day of miracles for me. The way things fell into place so I could sit down, understanding it and write about it.

What people do not seem to understand, is that even with all your faculties in order, people fail to communicate. To communicate requires understanding.

Not understanding and failing to communicate, leads to other problems our society seems to be suffering in. Wars, immorality, hunger, sickness etc.....all of our problems stem from not being able to understand or communicate.

To be able to communicate, with or without all your faculties, is indeed a miracle.
Does it take a paralyzed person to see this or perhaps .....the innocent?
Then why are we lost, with all the knowledge we obtain from life and living?

Something to think about.

Thanks for a very thought-provoking post. I think there are more miracles around us than we choose to see.

Yes the deaf can hear & the blind can see
JDS

Hi George!
I am a believer in miracles.
Believing in miracles makes one also a believer in life and living because they are all interconnected.
If there were no miracles, life would seem hopeless.People would give up sooner than expected.

Thanks JDS. Welcome back :)

My Dear Lady's life...I have read this post with great interest and it has given me food for thought

Blogtrotter 2 has moved to the Reggae Land. Enjoy and have a great week ahead!!

Trotter I am glad you agree hahahaha