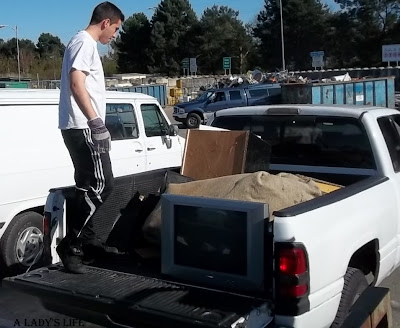 Today on MSN they had a question : Do you multitask while driving.
I said yes.
Of course over 73% said they didn't and I had to laugh.

On TV they show MCDonald Drive throughs, with people buying coffee ice cream .
You never see people with two hands on the wheel at all times.

People smoke while driving. Always have.
They keep one arm out of the window.
They scratch their heads, pick their noses,show an annoying driver their middle finger,

And even if you had two hands on the wheel, the anxiety and frustration you suffer on the highway may force you to make grave decisions like driving too close to the car in front.Or using two hands to make a harder turn than one hand would, causing the car to roll.Dancing and singing in the car seat with two hands on the wheel is multitasking.

Reading signs on the road, trying to stop sun glaring into your eyes in areas you can't stop.
Having something blow through your window you have to get out of your face and eyes.etc..

You need two feet in standard cars
Even if you give manual hand signals you multitask as part of the driving standard.
Even seat belts and balloons which blow into your chest at 300 mi an hour are not safe.The belt slides up into your neck and requires adjusting.

Today there is no such thing as being safe.
The more laws we have the more tension it puts on people, the more people crack up and the more crime they commit.Now they are trying to add multitasking.

Laws today make us all criminals because we cannot follow all of them.
It opens doors to critics who themselves have things one can criticize.

So why do we pass stupid laws?
Stupid laws are passed to extort money and extortion, legal or not , is a crime.
It again creates tense people who go out and then commit more crimes.

It is better to have people understand and be corrected when they don't, so next time they try harder to do the right thing but even then, we make it a point, to point out and object to laws like same sex marriage and abortion and prostitution etc...

Laws promoting a lifestyle that may not be safe.

1. Husbands are like children -- they're fine if they're someone else's.

2. Women don't make fools of men -- most of them are the do-it-yourself types.

3. The best reason to divorce a man is a health reason: you're sick of him.

4. Never trust a man who says he's the boss at home. He probably lies about other things too.

5. A woman's work that is never done is the stuff she asked her husband to do.

7. Go for younger men. You might as well -- they never mature anyway.

8. Men are all the same -- they just have different faces so you can tell them apart.

9. Definition of a man with manners -- he gets out of the bath to pee.

10. Whenever you meet a man who would make a good husband, you will usually find that he is married.

11. Scientists have just discovered something that can do the work of five men -- a woman.

12. There are a lot of words you can use to describe men -strong, caring, loving -- they'd be wrong but you could still use them.

13. Men's brains are like the prison system -- not enough cells per man.

14. There are only two four letter words that are offensive to men -"don't" and "stop", unless used together!

Why do we pass stupid laws? Because politicians think just passing laws will solve a problem -- that way they don't actually have to do anything.
I enjoyed your facts about men.

You can't legislate against stupidity!

George so true.I think there are not many thinking people or leaders in power.
People do not show their true colors and just follow what the crowd tells them to do for votes.

morning aj lol
so true
many people today have no good will to do the right thing.It just looks like they do.

You have me laughing! Multitasking behind the wheel--I guess if we even have the radio on, we're doing it!

sandy exactly .When 73 % say they don't multitask, I have to think either they are machines or robots or they do not seem to understand the question.
Everyone multitasks.You can't help it.When ever your mind strays to some problem you have or some good memory etc.. you are multitasking.

and there are even people with on finger IN their nose and do nose cleaning and some women at a red light do their complete make up !
Yes some laws are crazy. I always remember a sign in my aunt's town Madison/Wisc. saying it's not allowed to walk an elephant ! Besides in the zoo there were no elephants around, except some humans who looked like elephants.

Gattina lol
Today people are much larger but they do not make car seats or even airplane seats bigger
They charge you double for two seats instead.lol-

I completely agree with your point regarding the government's money making process,it's well thought out in order for them to make money, but we do have to evolve with the ever changing technological society, it's getting out of control, to the point where we feel we can't live without our cell phones,(which when you step back for a moment and think about it, sounds absurd) not even while we're driving. Boundaries are meant to be broken which is why there are rules in the first place. It's expected of us, we're not perfect, nor will we ever be. It's a load of s*@#$t anyways. :)

heartnhandmade - I agree
Seems the more educated we are, the more laws we need lol
totally incomprehensible.