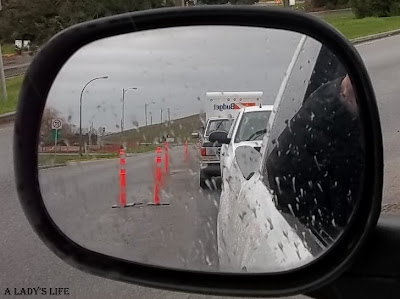 Ancient Egypt had ways of creating energy and this article below is very interesting.
and worth looking up.

It dates all the way back to the days of Jesus where scientists said they found no soot deep inside pyramids which they should have, if they only used fire from candles and oil for light.
It is believed Egypt knew how to make batteries and light bulbs.

Today, we could use one light bulb to light a whole house at night by using mirrors placed in strategic places.
Not many people do however but it would be a good selling point I think.

Like in my house, as a selling point, the contractor put in so many ceiling lights which constantly burn out.
I rarely changed a bulb in my Mothers house and they used regular GE light bulbs.

Nothing replaces good ol fashion sunlight and so we should go outside to enjoy it for good mental and physical health.

Solar power absorbed during the day, light up our back yards but these little power lights can also be used to light up our homes.

I can't help but feel that with our planet being so old,man and technology existed before and was for some reason annihilated by some disaster like the dinosaurs were. Maybe it was whipped around the galaxy before finding this orbit we are on today.
The planet has a way of churning itself in such a way so as to destroy all evidence of previous existence of life.

Maybe some escaped and then once things cooled off and the planet was again capable of supporting life, man began again from scratch.
With everything destroyed, he was left with little in terms of learning and had to begin from scratch as a caveman.

Today with impending prophesies of doom in 2012,this could happen again.
We see disaster after disaster unlike anything we've seen in our lifetime or maybe life was always the same except that it wasn't advertised as it is today.
People just died and no one knew.It is predicted that the Atlantic will disappear as will the Mediterranean and Australia will join with Asia.How will it happen? Slowly or Quickly?

In Australia, the Aboriginals discovered by sailors,lived off the land and rarely stayed in the same place for very long.They built no shelters and left no visible traces that they were ever there.They knew how to survive though in places where
others would definitely die.

This morning in BC, we fear cougars wolves and bears which are coming down from the North to feast on the weak and the feeble.Yesterday two children were attacked by a cougar on Vancouver Island and is being hunted now by the police. People are advised to stay away from bogs and wood trails because we seem to be having more and more incidences of attacks.
What can you do?
I guess we have to go back to cow boy days and carry a gun for personal safety or risk being mauled by a wild animal.

On the other hand raccoons are proliferating at an amazing pace in the lower mainland and as people are not allowed to shoot them, they are next to impossible to get rid of.
They are extremely intelligent.
A good supply of cougars lynx and bobcats would resolve the problem.
As usual, man interferes.

Today Canada is also switching from analog to digital.Everyone will need a special 30 dollar box connected to the regular tv set now to watch it.

That's all the interesting news for today folks :)

Thanks for reminding us that sometimes 'progress' isn't progress. All too often we manage to make problems worse instead of better.

george - i think so lol

sandy they certainly did.

I saw a documentary a while back ago on "Planned obsolescence" which started during the industrial revolution. It's aim is to actually shorten the life span of a product in order for the consumer to purchase that same product faster. Now they sell light bulbs that last less than half the shelf life of one of the first light bulb's sold. Your theory isn't crazy and is one that I have contemplated myself. We are killing our planet.

heartnhandmade - I agree. They not only do this with light bulbs but with shoes and clothing.I remember winter coats lasting longer.It used to be a question of quality and pride as opposed to todays throw away society.It also affects how we treat people. Everything has a price tag put on it.
Man needs to change the way he lives.