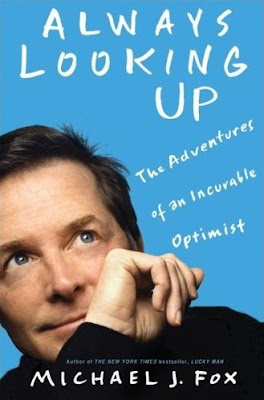 Chers daughter Chastity, is 40 and wants to have a sex change operation.
This is an extreme and
very painful procedure to do and she will never really function as a male.

New technology has the ability of looking into peoples brains and comparing them to the
“normal” brain.

They found chemical differences between the gay brain and the normal brain.
They will probably find differences in the pedophile brain a well as brains from killers with no conscience like the Ice Man.

If the chemicals in our bodies and brains control how we feel and behave towards the opposite sex, or about people and children in general,
how far are we willing to deviate from the normal brain, people raised civilizations on?

It seems that with chemical inducements, people could all be “normal” with normal feelings toward the opposite sex and children and there could be hate/ anger management through drugs for people who can kill without a blink of an eye and pretend it never happened.

Making an allowance for the brain difference in gay people would mean we would have to agree to make allowances to other brain differences.
Otherwise this would be seen as
discrimination and against human rights.

We would have killers, and situations like the RENA VIRK story, claim what they did was ok and no one could put them on trial for these crimes.
Pedophiles would have the same argument.
Today many are doing just that in law courts, saying they can’t be judged for their crimes and that their activities are not criminal, since they are not in control of the differences in their brains.

We still have to debate on how young children’s souls are hurt to see gay people parading their love, before they get their own sexuality sorted out especially when they see their own dysfunctional families.

It seems the gay population is increasing big time lately . We can say that maybe it is nature’s way of saying we have enough people on this planet and maybe the gay lifestyle is the future. However…….the next step would be for the brain to change again into
Asexual behavior, meaning, as the intellect grows, mankind might decide love etc…
is all a chemical induced delusion/illusion, no one has any need for.
Why waste time and energy on emotion?

People will live as individuals, family will be defunct and children will be grown in test tubes and labs as needed, to replace a proper sized society this planet can afford to keep alive.

It could happen and maybe even within the next few generations.
We are still struggling with issues of Parkinsons and Alzheimers and now we can also ask if and how maybe stem cell transplants etc.. may help in this area in other problems people have. Or maybe there are other things we have yet to discover that will be able to help.
No one should have to undergo such drastic procedures as what Chastity is planning on doing to feel like she belongs in her God given body.

This is interesting food for thought
Posted by A Lady's Life at 8:55 AM

I am one of those people who believes life now is really not worse than it has ever been. We just see more things because of all of the media available to us. History shows us that these problems have always been part of the human condition.

I believe if you take care of your own household, you do your bit to better the world.

My brain is very normal and I have known by sexuality every since I stopped giving my mother birth pains and they cut the cord. Gay brain vs. normal brain BULL SHIT

Thom: Being brought up in normal homes makes for strong healthy minded children.Don't get me wrong. I agree with you.lol
Nessa I would think life is better today than it was in the past for many. However nothing has changed in some places at all.

Today we see homes are breaking up, no one goes to church and I've seen and heard enough confused children who really do need a community to raise them because dysfunctional parents and pressure groups lead them astray.It may be different where you live.When you have enough people telling you you are weird for not trying something, eventually a young mind will believe it.
I have also had a full time job trying to keep up on top of things with my own kids seeing they could be led astray as well.You teach them one way and they come home from school knowing better and then you need to reteach them but if you are working, you are not there to do that or even know a problem exists.

Luckily my kids are fine. I hope .lol

At the same time, I cannot argue with what scientists and psychiatrists say is true.Life is about reading and learning and the more you read, the more you can see something is happening, things are changing and there is nothing anyone can do.
You need to ask questions and see where it is all headed.
So ..food for thought... keeps your mind busy lol

This is a lot of food for a lot of thought. Very interestin, very impressive.

Food for thought in deed. Thanks for the interesting read. A special thanks to the very kind and warm hearted words you left on my post. Love and hugs, China

China you are very welcome.
Sometimes both home and the job front can be difficult to deal with and your job field isn;t the easiest lol

We can choose our friends and we can quit our jobs if we want to but we can't choose our family. They will always be yours regardless. lol
The best thing is to make sure you are there for them when they need you and guide them when they need the guidance. They may not like you for it but hey....at least you tried and they will always remember you for at least going out of your way for that.
I know my sons also say Ah Mom....
but they know I mean well because I love them. Otherwise why would I bother?
If you didn't care about someone, you wouldn't bother.
If you can't be honest with your self and feelings at home,with family, then where can you be?

Have a wonderful Monday guys.:)