Our Library is a treasure trove of good movies.
I always say use your library so it doesn't close down.
I found Koodo books. Sort of like Kindle .
I enjoyed reading them cause the words were big and did not strain
your eyes. Each Koodo had about 4-5 books on it. 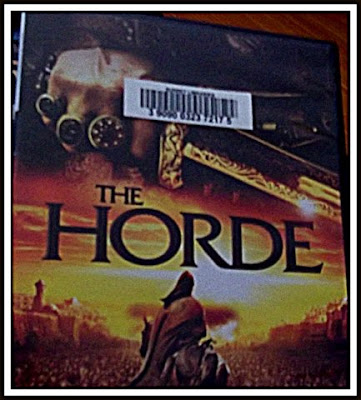 One movie I watched is The Horde. It takes place in 1357
when half of the Eastern world was controlled by the Golden Horde.
I love movies with good sceneries and this was a foreign film which
is always a breath of fresh air.

When the Khan gets sick, they required a Christian Saint to be brought
for a cure.
When God failed the Saint, the Saint was put through hell by the Horde
but when the Khan was cured a day later, they began to believe it was
due to the Saint. What followed was truly Gods' will and the movie shows
we are all not in control.
There is no one beyond the almightys' power.