people may die for a belief but not for a lie. 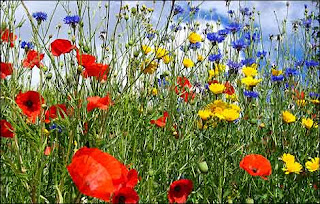 An article written by someone about 9/11 being justified
I stated 9/11 was not justified. It is only the wicked who would do such a thing. The wicked abuse women and souls of their own people.
The reply from one blogger was that unless the women stand up and fight for themselves to obtain freedom, we have no right to intervene .
So I searched the life of Jesus and I found so many martyrs who fought and died for something they believed in. How many more need to die?
They do not include the millions who died by machetes in Africa for believing in the wrong prophet.
They had no right to freedom of thought or speech, things we take for granted in our part of the world because of Christianity.
These people in Africa, are all Christian martyrs


Augustine of Hippo :
Martyrs for Christianity suffer persecution simply because they are children of God, who are totally devoted towards His cause for the salvation of humanity.

The children of the world hate the children of God and will do anything in their power to discourage or even kill those individuals who will not bow down or compromise with them.
Martyrs for Christianity have also been imprisoned, and unjustly condemned. Plus on top of that, falsely accused, ridiculed and scorned.
Children of the world have a malicious, spiteful and envious spirits. They are totally devoted to the world and the things of it.

Although Christian persecution continues in the 21st Century, the voice of the martyr in the 1st Century is still the most dramatic evidence that the life, death and resurrection of Jesus Christ was not a man-made hoax conspired by a group of disciples. Since the apostles and many of the early disciples were eye-witnesses to the life of Jesus, their story was not just based on religious belief, but actual historical events. It’s one thing to die for a religious belief, such as an Islamic fundamentalist or a follower of David Koresh. It’s quite another to die for a known lie. Here is a list of eye-witness martyrs as compiled from numerous sources outside the Bible, the most-famous of which is Foxes’ Christian Martyrs of the World:

"If the world hates you, keep in mind that it hated me first. If you belonged to the world, it would love you as it’s own. As it is, you do not belong to the world, but I have chosen you out of the world.
That is why the world hates you. Remember the words I spoke to you: "No servant is greater than his master." If they persecuted me, they will persecute you also. They will treat you this way because of my name, for they do not know the One who sent me." (John 15:18-21)
Jesus


Stephen was preaching the gospel in Jerusalem on the Passover after Christ’s crucifixion. He was cast out of the city and stoned to death. About 2,000 Christians suffered martyrdom during this time (about 34 A.D.).

James, the son of Zebedee and the elder brother of John, was killed when Herod Agrippa arrived as governor of Judea. Many early disciples were martyred under Agrippa’s rule, including Timon and Parmenas (about 44 A.D.).

Philip, a disciple from Bethsaida, in Galilee, suffered martyrdom at Heliopolis, in Phrygia. He was scourged, thrown into prison, and afterwards crucified (about 54 A.D.).

Matthew, the tax-collector from Nazareth who wrote a gospel in Hebrew, was preaching in Ethiopia when he suffered martyrdom by the sword (about 60 A.D.).

James, the Brother of Jesus, administered the early church in Jerusalem and was the author of a book in the Bible. At the age of 94 he was beat and stoned, and finally had his brains bashed out with a fuller's club.

Matthias was the apostle who filled the vacant place of Judas. He was stoned at Jerusalem and then beheaded.

Andrew, the brother of Peter, preached the gospel throughout Asia. On his arrival at Edessa, he was arrested and crucified on a cross, two ends of which were fixed transversely in the ground (thus the term, St. Andrew's Cross).

Mark was converted to Christianity by Peter, and then transcribed Peter’s account of Jesus in his Gospel. Mark was dragged to pieces by the people of Alexandria in front of Serapis, their pagan idol.

Peter was condemned to death and crucified at Rome. Jerome holds that Peter was crucified upside down, at his own request, because he said he was unworthy to be crucified in the same manner as his Lord.

Paul suffered in the first persecution under Nero. Because of the converting impact he was having on people in the face of martyrdom, he was led to a private place outside the city where he gave his neck to the sword.

Jude, the brother of James, was commonly called Thaddeus. He was crucified at Edessa in about 72 A.D.

Bartholomew translated the Gospel of Matthew in India. He was cruelly beaten and crucified by idolaters there.

Thomas, called Didymus, preached in Parthia and India. He was thrust through with a spear by pagan priests.

Luke was the author of the Gospel under his name. He traveled with Paul through various countries and was supposedly hanged on an olive tree by idolatrous priests in Greece.

Barnabas, of Cyprus, was killed without many known facts about 73 A.D. Simon, surnamed Zelotes, preached in Africa and Britain, where he was crucified in about 74 A.D.

John, the "beloved disciple," was the brother of James. Although he suffered great persecution, including imprisonment where he wrote the book of Revelation, he was the only apostle who escaped a violent death.
Voice of the Martyrs - People May Die for a Belief, but Not for a Lie
when life is at stake, multi-party conspiracies break down very quickly.

Matthew 5:5LThis verse also shows that a Christian is different. He is different from a person who is not a Christian. What Jesus said in verses 3 and 4 should prepare us for this verse. If you are poor in *spirit you will feel sad about some things. The result is that you will be humble. A person who is not a Christian wants to have everything for himself. He thinks that he is the most important person. The Christian is different. When Jesus spoke these words, it was a shock for the Jews. The Jews, of course, had expected a military *Messiah. A military *Messiah could not be a humble person.

Joan of Arc is beloved by the people of France to this day for sacrificing her life for her God. God spoke to her and she wouldn’t deny it.

St Lucy born 284 , Syracuse, died 304 Syracuse She wanted to devote her life to God and her fiancée reported her to the governor who desired to punish her by attempting to put her into a brothel and abusing her with fire and torments until she died. A woman was thus not allowed to hold onto her virtue or her belief.
Today we give it for free or we can keep it and no one cares.

Throughout history people have shed blood for Christianity. To this day people, soldiers are dying for freedom Christianity symbolizes, among other things.
In our societies you are free to love God and you are free not to love him because in the end it is between you and God.
God has no fear in losing. He wants man to understand . He knows man needs time to grow to understand
but if man is stopped from growing then eventually he will have to step in and humble him anyway.
It is man of this world that is somehow threatened by God.

The status and possessions of this world are not what Christianity represents or desires or promises in the next. So you can have them or not.

Today we have so much we don’t need anymore. But in other parts of the world man needs a lot because he is told he is not entitled to anything but food, water and reproduction.
If he refuses or decides to think for himself, he is killed.

So simply put, to turn our backs and ignore human rights, human salvation, is to eventually face the same martyrdom in this part of the world, as our predecessors suffered.

Man was set free by God to decide for himself what he wanted to believe in.
Stopping people from doing this, is not in any ones interest.
People need to be free so they can all learn.

That was a heavy one. And a lot to think about.

Ah Peter nothing more to say.
Just something to think about.People, especially women, who don't know how to fight, can't, especially in a country where women are abused.
Also
People will not martyr themselves if they thought something was a lie. So this is also a good point.You need to believe in the "good" knowing there is nothing else to be offered to you in the other world.On this world they say there is no such thing as "right" but we know there is.
I have said enough and its best not to say anymore lol
Just food for thought. :)Close with a BANG! lol
Pleasant dreams.:)

This post has a very serious subject, but I'm glad you brought all of this to our attention. Your title is very appropriate and true.

Yes George.
The world is divided into people who are educated and people who are not and those who are not are being taken advantage of. They don;t know how to fight to obtain their freedom and this can have serious consequences to the rest of the world.
Who knows what the right thing to do is but doing nothing is also not a solution.
In the end we are all people.
It is people who need to live, survive and learn.