Buddha and the Self 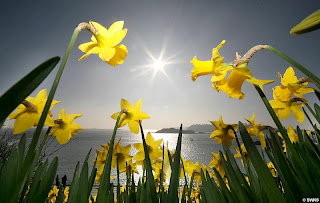 If the body were the self, it would be able to will itself to be strong or fair.
Instead the body grows tired, hungry and falls sick against its will, so you cannot see the body as an entity like a personality or a self as for example a book is.

Similarly, if the mind were the self, it would do whatever it wished. But the mind often runs away from what it knows to be right, and runs after what is wrong.
It becomes disturbed, distracted and excited against its will.
So the mind is also not the self.
When people say, for instance, “I am going to work”, they are just using a convenient name I for a collection of physical and mental factors.
In reality, there is no I or self.
Egoistic and self centered people see themselves as a self that is permanent and independent.
according to Buddhist thought.

This in turn makes them feel constantly threatened by people and situations which then requires protecting of their beings, possessions and opinions.

But once people realise that the self is just a convenient name for a collection of constantly changing physical and mental factors, they will no longer cling to it in fear and insecurity.

They will find it easier to grow, learn, develop, and to be generous, kind and compassionate because they will no longer need to be constantly on the defensive.

Understanding the fact that there is no "self" can help people deal more effectively with everyday situation. It encourages the cultivation of Good Conduct and helps one to progress towards happiness, peace and Enlightenment.

ANSWER: Change must come from within.


QUESTION: WHY DID THE CHICKEN CROSS THE ROAD?
Possible answers:
* MARTIN LUTHER KING, JR.: I envision a world where all chickens will be free of cross roads without having their motives called into question.
* MOSES: And God came down from the Heavens, and He said unto the chicken, "Thou shalt cross the road." And the chicken crossed the road, and there was much rejoicing.
* FOX MULDER: You saw it cross the road with your own eyes. How many more chickens have to cross the road before you believe it?
* RICHARD M. NIXON: The chicken did not cross the road. I repeat, the chicken did NOT cross the road.
* MACHIAVELLI: The point is that the chicken crossed the road. Who cares why? The end of crossing the road justifies whatever motive there was.
* JERRY SEINFELD: Why does anyone cross a road? I mean, why doesn't anyone ever think to ask, What the heck was this chicken doing walking around all over the place, anyway?"
* FREUD: The fact that you are at all concerned that the chicken crossed the road reveals your underlying sexual insecurity.
* BILL GATES: I have just released the new Chicken Office 2000, which will not only cross roads, but will lay eggs, file your important documents, and balance your checkbooks. Of course, you also have to purchase Microsoft Road.
* OLIVER STONE: The question is not, "Why did the chicken cross the road?" Rather, it is, "Who was crossing the road at the same time, whom we overlooked in our haste to observe the chicken crossing?"
* DARWIN: Chickens, over great periods of time, have been naturally selected in such a way that they are now genetically disposed to cross roads.
* EINSTEIN: Whether the chicken crossed the road or the road moved beneath the chicken depends upon your frame of reference.
* BUDDHA: Asking this question denies your own chicken nature.
* RALPH WALDO EMERSON: The chicken did not cross the road .. it transcended it.
* ERNEST HEMINGWAY: To die. In the rain.
* MICHAEL SCHUMACHER: It was an instinctive maneuver, the chicken obviously didn't see the road until he had already started to cross.
* HOMER SIMPSON: Mmmmmm.....chicken....
Posted by A Lady's Life at 11:13 PM

Mama Zen: That sure was Hemingway alright lol
Being a chicken observer,
My answer would be that the chicken had no conscious way of understanding it was crossing the road. It was just doing what it generally does, running around,pecking away.lol

The first part of your post is very thought-provoking. I enjoyed the possible answers to the question as to why the chicken crossed the road.

i won't pretend i understand the buddhist thought but LOL, the chicken answers!

Juliana it is interesting how every one sees the "Self" so differently and yet so the same.:)