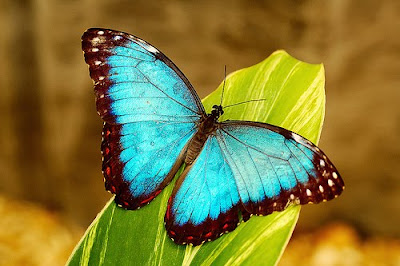 I was looking for a song for the previous butterfly post and came across this one which
was too beautiful a story not to tell and deserving of its own post.
Mme Butterfly is a beautiful Opera by Puccini, first performed in 1898,
in La Scala, Milan. It's a true story, originating from Nagasaki, Japan.

Pinkerton is enchanted with this beautiful young geisha girl, Mme Butterfly
To him she projected innocence, grace, charm and beauty, like a fluttering butterfly.
He decided to marry her Japanese style.
The agreement is for 999 years, with a right to cancel the marriage at any time.

He was not serious about her. He toasted to their marriage and to the next one to follow
which would be a real marriage, to an American girl.
Butterfly told every one she loved Pinkerton. She went and renounced her Buddhist belief to
take on her husband's to be, religion. When her family and friends found out they
cursed and disowned her.
Pinkerton married her and then left her to go overseas where he married again.
Butterfly waited 3 years and the money was running out but she believed in her husband
and rejected other mens advances.
She had a boy she named Sorrow, until his Father returned and then he would be named Joy

Pinkerton returned and he was told of his son with Butterfly and that Butterfly believed in their marriage.
and that he should not have played with her this way. He said he would take the boy but not Butterfly.
Butterfly said if he wants the boy, he will have to come himself to get him and she would rather die
than remarry or become a geisha again.
She went to her Buddha and prayed, then took her Fathers blade which had an inscription
on it: Who cannot live with honor, must die with honor.
She stabs herself, comes out to her son, kisses him and dies, as Pinkerton enters.

mme butterfly was one of the first operas i watched live and loved it!

Juliana I also love it.
Its nice when you know the story so the language isn't a barrier.