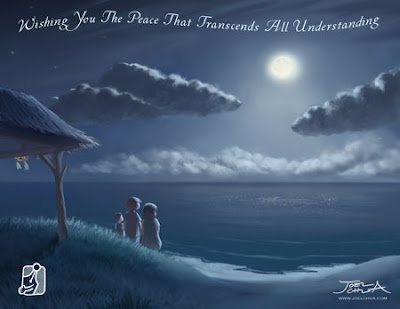 
When I was a little girl, around two years old, I still remember the quality time I spent with my grandfather.He would always be at work but when he was home, he would sit at the kitchen table, with a pencil and paper figuring some math thingy.
He had the nicest hand writing and I would love to watch him scroll.

I would sit at the other end of the table in my high chair.

My Grand dad never got angry. In all the years I have known him, he never so much as raised his voice.

I still picture him sitting at the end of the table smoking his cigarette and looking at me with a twinkle in his eye.

Then he’d say KOONYA ( I still don’t know what that means) to draw my attention. Then he’d take his fore finger and point it first to his head and then to the table to show me I was as empty headed as a piece of wood. Then he would stick out his tongue and bite it and I'd giggle away and he would watch me with great satisfaction.

I was empty headed because I thought he was cool and looked forward to him sitting down at the table every day, just to beat him to the punch and call him, Deda,…..then I would do the same, point to my head and then almost break my little finger poking the table and stick my tongue out at him.

He would sit and laugh with this twinkling that I loved so much and I would too.

My Grand mother and Mother would be upset with me but they blamed him for teaching me to be rude, saying, she only does this to you.lol

But he and I had a relationship and I knew I was very special to him.

When I got older, around five or six, I went to my grand mother and I asked her if my granddad was a Saint.

She raised her eye brows and began to laugh . A Saint??? Oh no my dearest. He is not a Saint .

She walked away laughing and made sure to tell the whole family what I thought of her husband.

But my Grand dad was a Saint.
Who but a Saint would walk on the streets when bombs fell like hail while every one hid in bunkers? They thought he was crazy but he knew he was safe.

He had a Saints twinkle in his eye. He would always take me to the corner store to buy cigarettes for him and a bag of 5 cent candy for me. He always worked, never yelled, never took part in arguments. Didn't like to be a part of social spectacles. People would party and he would sit and nap.
He never boasted or drank.
He was always working or tinkering with some tool or machine always thinking about how he could invent something or make something work better.

He was a simple man putting on no airs and he loved me.
We did not need to talk to understand each other and I'd love sitting beside him.

He was my Saint and now that I think about it, maybe I was his Angel.
I was the one he liked to look at to inspire him.
At least I'd like to think so but I am sure he loved all his grand children.

A few days before my 13th birthday, he died.
That night, he visited every home to say good bye.

I woke up at night (it seemed around 11:30) and looked up, to find his kind face looking down at me with the same twinkle and smile

I said good night Grand Dad feeling safe and warm knowing he was watching over me, turned on my side and went back to sleep

The next morning my Mom said she was washing dishes and when she turned around he was sitting at the table like he usually did and asked her for a cup of coffee. She said sure Dad and then it dawned on her that he died. She turned around but he was gone.

It is funny we both had a story to tell the next morning.

We both saw him clear as day.

The true gifts lie in the simple, innocent and true relationships we have with our family and friends .My grandfather gave me many gifts without giving me anything.
He was my Saint.

The token gifts are for appreciating having this time to be born to celebrate the true nature of the holiday, a new born babe in swaddling clothes,
who looks into your soul with twinkling eyes, innocence, love, and pure joy.

There is nothing like it in the whole world.

My Grand father had a twinkle in his eye.
The Wise men saw the eye of God twinkle that night of nights, showing them the way to the child who would shepherd us and show us all the way.

Some of us still lose the way but all we have to do is look up into the sky and he will still be there, filling our lungs with the essence of nothing short of splendor.

Lungs full of air ,swell up the heart and feed us with energy, hope, the will to succeed . This in turn, helps us seek and find the path to follow to reach our goals
All from a twinkling twinkling little star.