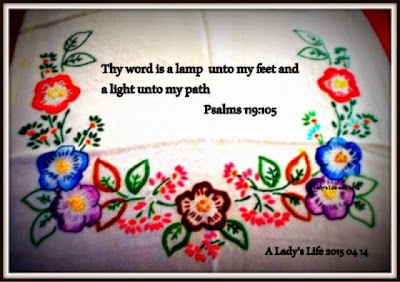 Laws are only as good as the people willing to listen to them.
Otherwise they promote anarchy.
The reason they don't work may be due to lack of understanding
or desire to care for fellow man, while at the same time expecting
fellow man to take care of every one. Rather immature behavior but laws support it.
So how are people expected to grow?

The devil believes he wins every time.
Since God forgives, man
can have his cake and eat it too ,even if it means shortening one life and
every ones elses' in the process.

Human Rights protects the evil doers as no one wants to make a mistake
of killing the wrong man for the wrong crime.
Wishy washy laws, serve no purpose at all.
A system without God can become a very harsh system or
one that exists in name alone.

So what is the answer?
Does it lie with the individual or the system?

What was going on in James' mind when last I saw him.?
I had nightmares about it every night.
People speculate at what could happen if machines take over,
yet they don't take into account that maybe man is a creation,
just like a machine, out there to learn, with a brain
that needs to come to terms with reality, as it faces him every day.

We think about social reality, physical reality, political reality.
Metaphysics comes into play as most believe in what they can see,
feel, touch, hear, smell, taste, the vestibular and proprioception.

In fact Plato had a theory of forms that said that non material abstract
forms have the highest type of reality.
The allegory of the caves speaks of shadows on the wall.
Do they exist? Do they have form? Do they change?
What about dreams? You dream in living form. Although it is abstract
in nature , it is as real as it can be.

The brain is an amazing creation as it comes into contact with both the physical
and the non physical world every day. Forms become meaningless.
Burt and I had many conversations on the subject and for a
hick of sorts, he knew a lot.

Yup, there is a problem with universals he said.
Just using wave lengths to show the color blue white or black on the color spectrum.
The sky blue is not the same as the color blue of a skirt.
When dealing with numbers which are infinite, there can never be a perfect circle
or a perfect straight line. As for time, we know time is not the same every where we live.
but it is a continuous flow as the world turns.
Forms are what men learn and then mimic so when a man sees shadows of people, he believes people make the shadows but maybe they don't.
Makes these Rorschach ink blot tests look kinda stupid.
he chuckled.

Yup....
According to Plato:
"But if the very nature of knowledge changes, at the time when the change occurs, there will be no knowledge, and, according to this view, there will be no one to know and
nothing to be known: but if that which knows and that which is known exist ever,
and the beautiful and the good and every other thing also exist,
then I do not think that they can resemble a process of flux, as we were just now supposing."

We look at man and think he is one, without considering that he is a plural entity
consisting of many. We say one.
Then we look at God and say he is one, without understanding that he is many so
we say he does not exist. Each man sees himself as God in the making.
Then we look at the Ten Commandments and wonder why they should be adhered to.
Maybe it's so the compound is not destroyed into its' elements.
It's like cancer, that destroys the many, to end at the Ones' demise.
We use medicine to recover the one, as the 10 Commandments does.

Ahhhh! Girly . We live in a world of foreign laws, made by God and man.
Is it no wonder we don't feel we belong.

As we talked quietly into the night, we kept analyzing the skies.