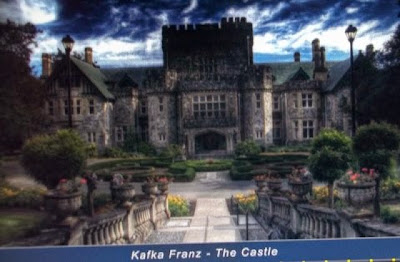 Winston Chruchill once said:
You have Enemies? Good.
That means you've stood up for something, sometime in your life.

And so you enter life surrounded by people. They all seem nice people.
You travel and you try to socialize.

At one Canadian function overseas, I met a Lithuanian.
Nice young fella.
He said he was Lithuanian so I assumed, from my Soviet studies,
that they all had to learn Russian in schools.

So I asked him quite innocently for the sake of conversation:
So you must know Russian?

His eyes grew large. His nostrils flared . Suddenly, he no longer looked like a nice young man but like a big, red eyed, wide nose, fire flaring , carrot topped bull,
ready to charge and beat you into the ground.

His rage flew into arm swinging, finger pointing,blubbering through facts
that Lithuania was a country, with its' own language ..blah blah blah blah

Dumbstruck, I looked at him and said Woah!! Woah!!!
Don't need to know all that.
After screaming at me a whole 5 minutes he trudged off in disgust,
looking like a total jerk.

I never did get my answer if he spoke Russian.

Trying to rationalize the sudden rage, the assumption was he did this to camouflage the embarrassment that he probably didn't speak Russian lol

A simple " No " would have sufficed.
Any other normal person would have said No. and maybe added something like
I wasn't born there .
We could have had a very pleasant conversation about the political situation out there and why things were done right and wrong.
It would have been nice for me as a political science student.

Unfortunately, I got him on what seemed a bad day lol
His yelling brought a lot of curious people to stand and watch and after he left,
I had to laugh. The whole thing was so funny, if it wasn't so sad.

I remembered in high school, many people after the war, taught their kids to hate Germany and what was then the USSR because they Russified every one.
The kids would talk about things and literally shake from hate.
I found that rather interesting.
The Cold War however, was behind us with Gorbachev opening doors with Reagan and being Canadian, what did anyone have to do with Germany and  the situation in the USSR?
Many of these kids grew up and went to visit, once doors were open, and
were never accepted back as true citizens because the parents did not stick it out and did not deserve the honor, once it was all over.

I bumped into another fella from Saskatchewan and he blatantly stated he hated Ukrainians.
How I got into that subject, I don't remember.Probably the same way.
I probably said something about Saskatchewan having so many Ukrainians.

I have no idea what his back ground was but that day I had discovered that
Canada carried a LOT of underground hate.

Hate is a very bad thing. To breed it in others is worse and unfortunately kids are the first ones to be raised by their parents, who teach them to hate, not understanding, that these kids will never go back to any of those countries in the USSR. Knowing countries, like people change, hate seems to be a
useless pass time.

As new citizens of a new country, people have a right to live, raise families, get educated and become full scale Canadians, just like every one else. So why raise them full of hate?

One must leave the past, if one wants to be reborn and start fresh.
This Lithuanian young man, did not make an enemy out of me.
I just felt sorry for him and especially for the next person who tried to ask him a question. lol

It's not the way to live a life. For the most part I agreed with him but hey, history put all these countries under the USSR umbrella. Between Stalin and Hitler, people scattered like mice, in all directions.

As I walked on discussing the incident with my group of people,
I remembered that I did not follow the HPM rule. (History Philosophy and Metaphor).

I should not have asked him a personal question.
When he said he was Lithuanian, I should have said something like:

Oh I met a Lithuanian once. He spoke Russian. (history)

I hated the Dude. He was a Russified bastard! (philosophy)

He was like a tourista saying he rather speak Russian than all these Lithuanian dialects found in each quarter of the Capital Vilnius cause it was easier to understand. (metaphor)

Now this would have been more to his liking cause now we would have been on the same side and maybe he would have then told me if he spoke Russian, which is all I wanted to know. lol
For all I knew, he worked as a translator..

Who could ever guess asking a simple question could result in a blatant out and out war?

I guess people back then were used to questions like: Are you white or red?
If you gave the wrong answer to the wrong group of people, they killed you.

Looking at todays' world, not much has changed.
The countries and questions have changed but the answers could have the same, dire end result.

It keeps people angry and angry people can never see through their anger
long enough to resolve the problems of the world.
Anger carries underground hate which is hidden deep inside and this then makes
for good excuses to commit crime, which from the side of the criminal, is no crime at all.

Kafka once said:
The thorn bush is the obstacle in the road. It must catch fire if you want to go further.

People weary of war, stop fighting. Until then, hate must burn with the lust of love, until it surrenders to the reality of life.