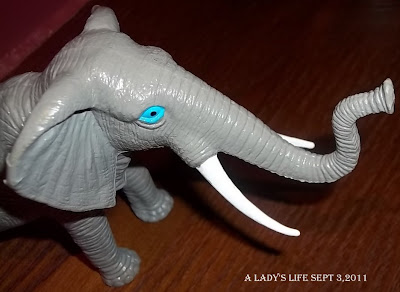 A beginning of a school year and WHAM!
Teachers threatening a strike, first by stopping administrative work.

I really feel what the BC teachers are doing right now is not right.
Do they not see what is happening in the world?
It is important to keep the cost of living low so man does not need to beg for a home or food.
Starving students do not learn.

The kids will learn, graduate and then what.......stand in unemployment lines?
There are only so many teacher jobs and coffee shops and then once people feel they can't afford kids, these jobs will close down as well.

Kids will learn from home, through computers and with on line tutors.
If teachers think 35 students per class is too much, one teacher could have as many as 5000 on line students.

From personal experience, I know a child can learn in 5 months, what elementary schools take 2 years to teach. At this rate, kids have time to begin school later, giving them more play or child time, and finishing elementary school much sooner than expected.

The system is not working for many people and is in danger of all coming apart.
Computers are taking away many peoples jobs today, needed to pay the bills and taxes which keep rising.

Pretty soon kids will have a chip installed into their brain and become nuclear physicists
in grade school. This will leave them the rest of their lives to produce or discover more knowledge.
They will be able to retire at 21 years of age if they wanted to lol

Come to think of it, paraplegics may also have a chip installed in the area where the nerve endings were cut and have them stimulated to receive and send messages from the brain to the body, resulting in living a normal life. Anything is possible today but this sort of thing results in more caregiver and nursing jobs being eliminated.

I think when you have a job in bad times, you are lucky.
There is a time when asking for more, is just tipping the bucket over and may get you less.
Just sayin.

It might be just Unions trying to show they are still useful but they don't have the clout they used to have. They make matters worse by creating more stress on families who do not need any more.

A cowboy named Bud was overseeing his herd in a remote mountainous pasture in British Columbia when suddenly a brand-new BMW advanced toward him out of a cloud of dust.


The driver, a young man in a Brioni suit, Gucci shoes, RayBan sunglasses and YSL tie, leaned out the window and asked the cowboy, "If I tell you exactly how many cows and calves you have in your herd, Will you give me a calf?"

Bud looks at the man, obviously a yuppie, then looks at his peacefully grazing herd and calmly answers, "Sure, Why not?"

The yuppie parks his car, whips out his Dell notebook computer, connects it to his Cingular RAZR V3 cell phone, and surfs to a NASA page on the Internet, where he calls up a GPS satellite to get an exact fix on his location which he then feeds to another NASA satellite that scans the area in an ultra-high-resolution photo.

The young man then opens the digital photo in Adobe Photoshop and exports it to an image processing facility in Hamburg, Germany .

Within seconds, he receives an email on his Palm Pilot that the image has been processed and the data stored. He then accesses an MS-SQL database through an ODBC connected Excel spreadsheet with email on his Blackberry and, after a few minutes, receives a response.

Finally, he prints out a full-color, 150-page report on his hi-tech, miniaturized HP LaserJet printer, turns to the cowboy and says, "You have exactly 1,586 cows and calves."

"That's right. Well, I guess you can take one of my calves," says Bud.

Then Bud says to the young man, "Hey, if I can tell you exactly what your business is, will you give me back my calf?"

The young man thinks about it for a second and then says, "Okay, why not?"

"You're a Member of Parliament from Ottawa ", says Bud.

"Wow! That's correct," says the yuppie, "but how did you guess that?"

"No guessing required." answered the cowboy. "You showed up here even though nobody called you; you want to get paid for an answer I already knew, to a question I never asked. You used millions of dollars worth of equipment bought with taxpayers dollars trying to show me how much smarter than me you are; and you don't know a thing about how working people make a living - or about cows, for that matter.

Now give me back my dog.

I enjoyed the story of Bud. Your MPs sound a lot like our Congressmen.
I also like what you had to say about the teachers' strike. I think some organizations have lost touch with reality in today's world.

I don't know what's going on in your corner with teachers, but I do know teachers need to put their kids first, and they need to make sure their students know they come first. Teachers can do that without becoming the hostages of administrators. Teachers are not useless, and they really can't be replaced by a few months of home instruction. I think the public needs to understand that respect is a two-way street. Teachers take a lot of heat.

Sandy I agree and this is why I wrote this.I think its good for kids to be in school.
and so teachers should not go on strike the first day of school.
Many people are doing home schooling and with better results and now computers pose another threat to eliminating the school system as they do many other jobs.lol
It is not in the control of parents because the system took control away from them and teachers are controlled and told what to say and teach and what they are not allowed to say and teach.

You can't have your cake and eat it too.

george - I am appalled at what is going on in the world. We had kids elected for the NDP party who didn't even campaign. They went on holidays and came home in shock to see they had a job to do, they know nothing about. Now Layton died and he was the only one who knew how to lead them lol.
Many of these people go in without an education then we wonder why the economy is so bad lol
I can't believe what I see and hear these days. Oh well.

teachers strike..hmmm..eher in our system(india) they rarely do that..they are well paid ( i know coz my hubby is one , though he is medical school surgeon & professor)

People are too spoiled ! they always want more. When I went to primary school after WW II in Germany, we were 80 in one class and had to sit 3 pupils on a bank for two ! Simply because the schools were in ruins and they had quickly built up a prefab, but not big enough for all. And I have learned to read and to write ! I was 7 !

shooting star - this is elementary school.
here prices are always rising and people are always striking.Our mail system was supposed to have improved with technology which cost many jobs, increased mail prices, limited what you could send and how and now with internet and co's like fedex, the rest of the mailmen might lose their jobs.Slowly people will become jobless.

gattina - I know. but things have changed today.People have changed.Systems have changed and I am not sure it's for the better.
Eventually the social system will fall apart because we can't afford it.People seem to depend on it always being there but taxes are going up all the time and jobs we do have are slowly being outsourced to other countries. So to talk about a phone problem you do not talk to a canadian but someone in India or the Philipines who know nothing about the situation lol
This sort of thing also helps criminals because no one can sue a company for something someone did somewhere else.