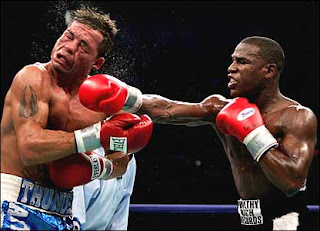 In life people all take a beating.

One story from the Bible is about the Prodigal Son.

Even as a servant, his Father fed and paid better than the life he led without money in the outside world.


So he came back and his Father was so happy he gave him a fat calf and a ring.

This act hurt the son who stayed behind and worked to preserve the Fathers wealth and made it grow.

The story is simple and teaches or is supposed to teach that all three, father and two sons were prodigal.

To me the word prodigal refers to inheritance and finance but in this story it refers to feelings and actions as well.


The philosophy lies in between the times this story was told and todays world where a lot of things have changed.

In todays world those who do bad seem to be rewarded. We see this in families collecting social welfare for their mistakes,dead beat dads who keep going on making kids and women fighting over them, knowing full well they can't hold onto them.
We see this in private firms such as banks, insurance companies, Government, charity groups, churches and temples and companies selling stocks where CEO's help themselves to the money people entrust to them to do the right thing.

We see prodigal sons everywhere in this world, being rewarded for "mistakes".

The horrible difference lies in the fact that it is one thing when one makes an honest mistake and needs teaching to know the difference and quite another thing, when one goes to make mistakes knowing full well that they are doing wrong. This is not a mistake anymore.

If we are all prodigal sons, then where is the truth?
Where is the love?
When will society learn to live by example. Our children learn from the past. If there is nothing to teach, they will stop learning.
You cannot go through life making up excuses for bad behavior. If it is all ok, then there is nothing left to teach.

Was it not Peter who said "Go and sin no more." There are even believers who think they can. NO! The world is not doing so good. Those CEO's they have to stand before the Master one day. I pray each day I do right. I'm still human and it is a work in progress. Your story is so true and a good one it is. One has to do what is right. All that greed. I am not a greedy man. And I am thankful for all I have. People need to learn that.

I have remembered Dostoyevsky. We should not forget children's bright eyes. Truth is simple.

You have given me a different way of thinking about this story.

Webtser World: as individuals we do a lot by setting good examples to follow. People notice, appreciate and emulate :)

Nessa Thanks We live and we learn :)

Rough terrain Crane: I read a lot of Dostoyevsky.
Thought he was a great author and touched upon the souls of men.
But life is change and people are different today. Criminals do not suffer mental anguish over what they have done or are doing as they did in his stories. Most of them are high anyway. lol

Rosie O"Donnell said at 40 she was given marijuana and she said WOW not good to take it for a long time.It affects your mind.

Some people are still like me, and have LIAR written on their fore heads for even little white lies lol I guess Dostoyevsky is still for us. lol